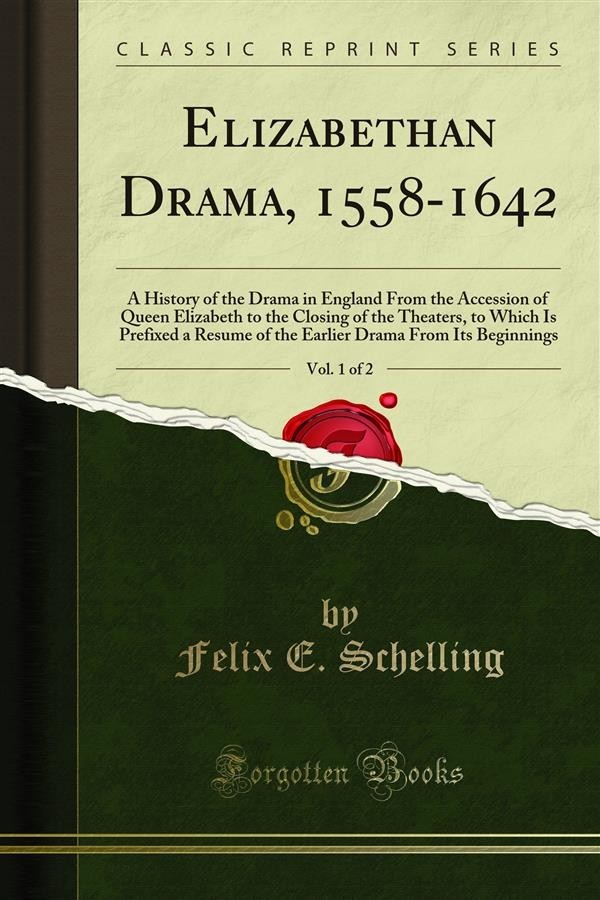 No reader of English literature can fail to be impressed by certain contradictory traits characteristics of what is known somewhat loosely as Elizabeth drama. the subject-matter of this old literature is easily distinguishable and remarkably concrete; and yet it reflects every mode and passing fashion which conspired to produce the teemping multiplicity of the age. No literary development could be more patently logical than that of Elizabethan; yet none is so apparently chaotic in the processes of its growth. In short, there is no part of English literature alike so alluring and yet so embarrassing of approach. Nor is this embarrassing seeming. The mass of material, whether of plays, illustration, or allusion, is great, and much of it remains difficult of access. The estimate of fifteen hundred new plays, extant or perished, between the accession of Queen Elizabeth and the closing of the theater, eighty-four years later, errs on the side of moderation, not of excess.