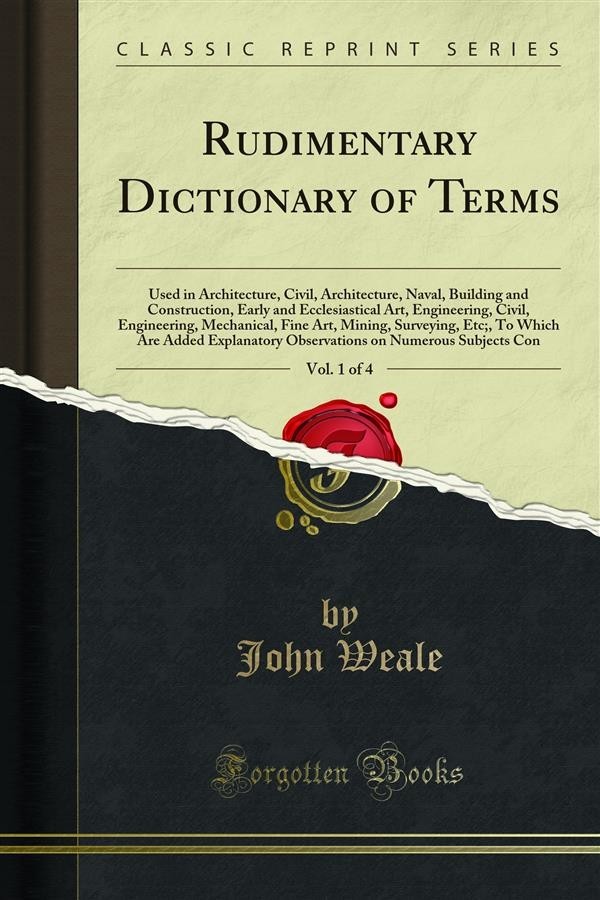 The slender efforts here placed before the reader were ao complished, by the aid of the lamp, after the hours usually devoted to the labours of business, and they are now, with the most humble pretensions, submitted to public approval. It has been well observed, that the language of truth is simple: no attempt has here been made to trace the deriva tions of the scientific or technical terms which have been adopted; they are given and explained as generally written, spoken, and understood at the present period, and care has been taken to avoid surreptitious or unauthorized versions, with the view of correctly guiding the student and the Operative workman in the onward path of knowledge. Some analogous explanations and references may probably appear, at a first glance, as superﬂuous, and to detract from the merits of the work but when it is considered how numerous and varied, in the present age, are the ramifications into which the employment of those engaged in the building and constructive arts has been extended, and how earnestly the searchers after technical terms and meanings must desire the acquisition of a knowledge of what may not inaptly be designated as a correct disposition of fine art, any unfavour able impression of this nature, hastily formed, will probably be removed upon mature reﬂection.