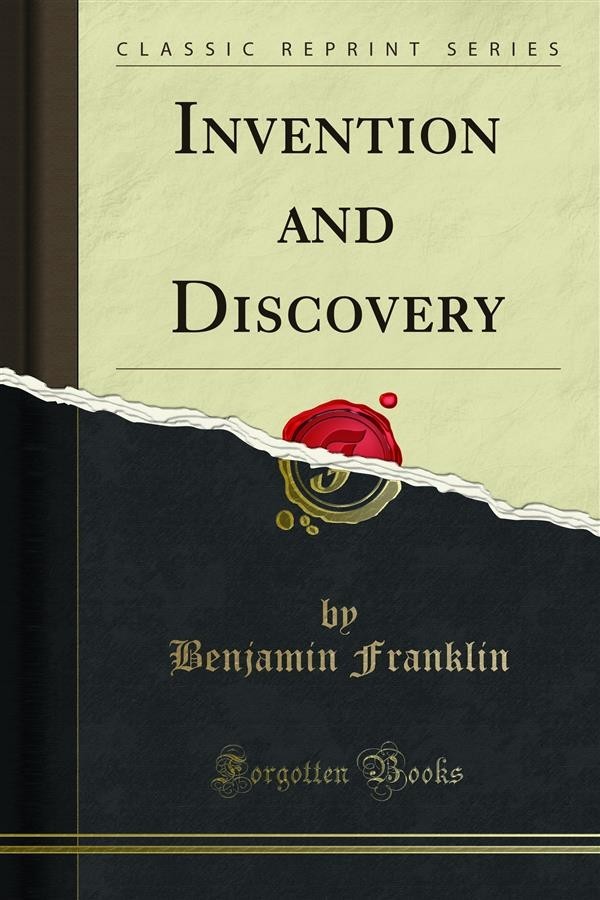 To a good many of us the inventor is the true hero for he multiplies the working value of life. He performs an old task with new economy, as when he devises a mowing-machine to oust the scythe; or he creates a service wholly new, as when he bids a landscape depict itself on a photographic plate. He, and his twin brother, the discoverer, have eyes to read a lesson that Nature has held for ages under the undiscerning gaze of other men. Where an ordinary observer sees, or thinks he sees, diversity, a Franklin detects identity, as in the famous experiment here recounted which proves lightning to be one and the same with a charge of the<br>Leyden jar. Of a later day than Franklin, advantaged therefor by new knowledge and better opportunities for experiment, stood Faraday, the founder of modern electric art. His work gave the world the dynamo and motor, the transmission of giant powers, almost without toll, for two hundred miles at a bound. It is, however, in the carriage of but trifling quantities of motion, just enough for signals, that electricity thus far has done its most telling work. Among the men who have created the electric telegraph Joseph Henry has a commanding place. A short account of what he did, told in his own words, is here presented.