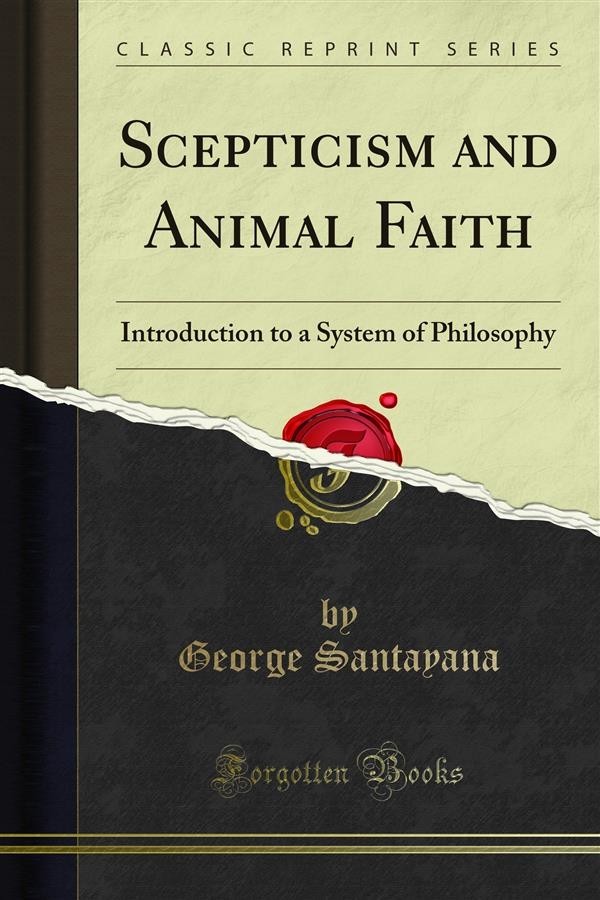 Here is one more system of philosophy. If the reader is tempted to smile, I can assure him that I smile with him, and that my system - to which this volume is a critical introduction - differs widely in spirit and pretensions from what usually goes by that name. In the first place, my system is not mine, nor new. I am merely attempting to express for the reader the principles to which he appeals when he smiles. There are convictions in the depths of his soul, beneath all his overt parrot beliefs, on which I would build our friendship. I have a great respect for orthodoxy; not for those orthodoxies which prevail in particular schools or nations, and which vary from age to age, but for a certain shrewd orthodoxy which the sentiment and practice of laymen maintain everywhere. I think that common sense, in a rough dogged way, is technically sounder than the special schools of philosophy, each of which squints and overlooks half the facts and half the difficulties in its eagerness to find in some detail the key to the whole. I am animated by distrust of all high guesses, and by sympathy with the old prejudices and workaday opinions of man kind: they are ill expressed, but they are well grounded. What novelty my version of things may possess is meant simply to obviate occasions for sophistry by giving to everyday beliefs a more accurate and circumspect form.