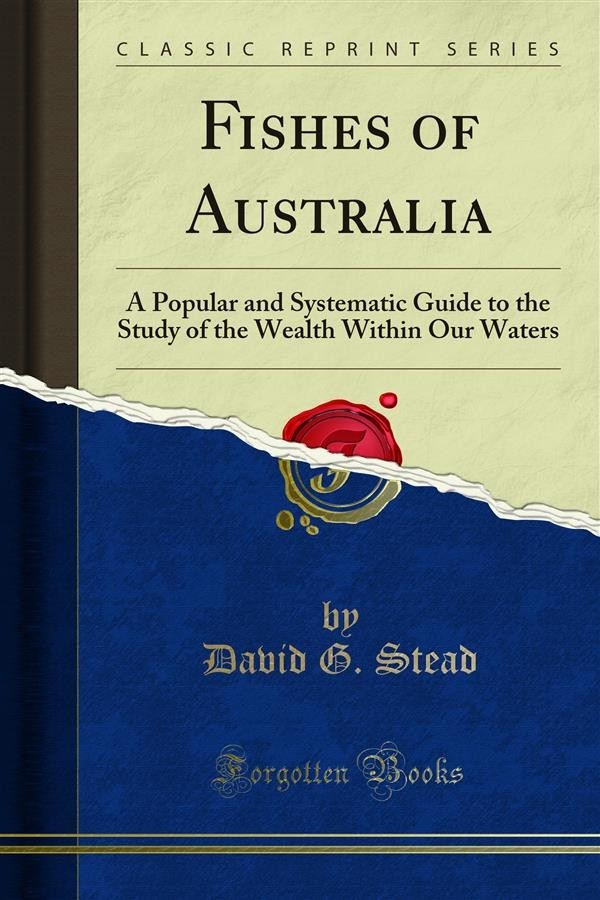 Australia possesses a rich and varied fish-fauna. Of over twelve-thousand species of fishes at present known, about one-tenth have been recorded from the waters of Australia. As the exploration of our waters has but just begun, it is reasonable to suppose that in the near future, the number of fishes known to inhabit them will be greatly augmented.<br><br>Amongst our indigenous fishes are many which are of immense importance from an economic point of view, while there are others which are of the greatest interest to the lover of Nature - some because of their intrinsic beauty or remarkable habits, others because of the admirable way in which they have been adapted either in colour or form to their surroundings, and others again because of their intimate connections with fossil fishes of a far-distant geological age.<br><br>Viewed from the economic standpoint alone, it may be stated that the fishes of Australia are destined shortly to play an exceedingly important part in contributing to the material wealth of our country.<br><br>In the following pages, an attempt has been made by the author, to place before the reader as comprehensive a view of our vast fish-fauna as is possible within the space at our disposal. And here I must point out that a complete list of the whole of the known fishes inhabiting the waters of Australia is not - for what are, perhaps, obvious reasons - included within the scope of this volume. Had such been attempted, my present aim must have been entirely defeated; as the work would - of necessity - have been exceedingly bulky (and correspondingly costly), and, under the circumstances, unnecessarily technical.