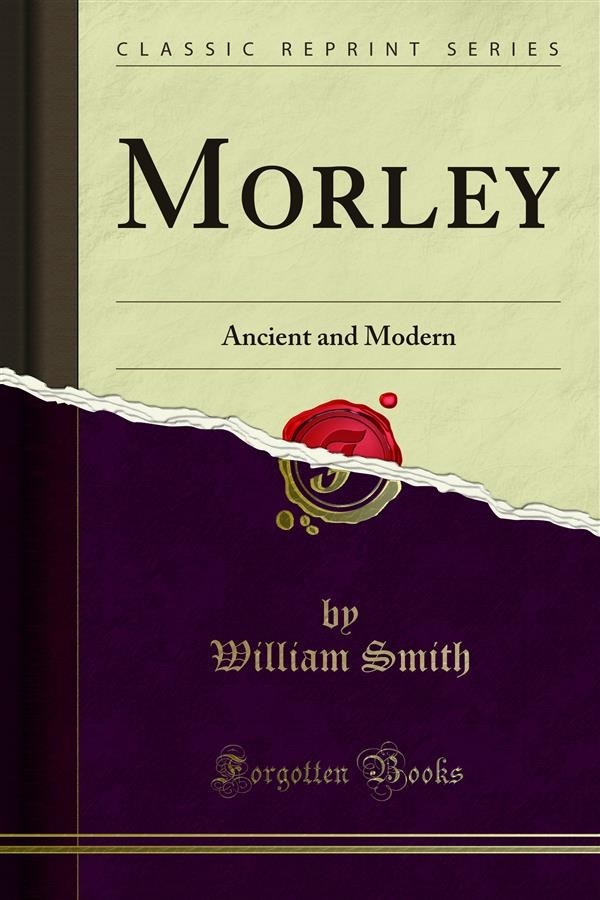 The volume herewith presented to the reader is a sequel or companion to the two previous works of the author, on the history of his native town. The "Rambles about Morley," and "The History and Antiquities of Morley," published respectively in 1866 and 1876, have distinctive features of their own; and it is hoped that this History (written in 1886) will be found to possess a freshness which will insure for it a welcome perusal, not only by those who have read the previous volumes, but also by others who would like to have a description, in greater detail, of village life in the West Riding of Yorkshire, in the early years of the present century.<br><br>It would be an act of presumption on my part to send forth this volume, were I unable to record anything further regarding our ancient town than already appears in print; but in gathering material for this work, I have found much new and valuable matter, which adds to our previous knowledge respecting the place and people in bygone days.<br><br>Our town has not been "at a standstill" during the last one hundred years. Indeed, if some Morley Rip Van Winkle were just emerging, not from a twenty years' but a century's sleep, and were to seek his old haunts, he would miss nearly all the ancient landmarks; would find that the old buildings, which in his day were the homes of his neighbours, had been all swept away; and would enquire, all but in vain, for the descendants of his former friends and acquaintances.