The End of the Age 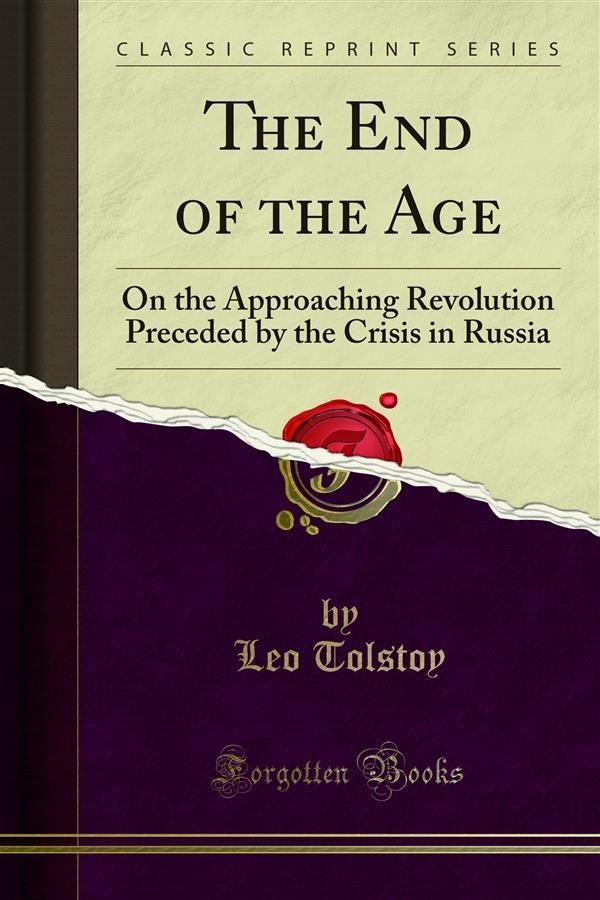 The End of the Age

Yet some people, seeing all the evil which is at present accomplished by the particularly cruel, coarse, Stupid, and deceitful Russian Government, think that this is due to the fact that the Russian Government is not organised as they think it ought to be, on the model of other existing Govern ments (similar institutions for the committal with impunity of all kinds of crimes against their peoples), and for the purpose of correcting this these people use all the means at their disposal, imagining that the alteration of external forms may alter the essence. Such activity I regard as inexpedient, unreasonable, not right — is, that people assert rights they have not got — and pernicious. I regard such activity as inexpedient because strife with violence, and in general by external means (and not solely by spiritual power), on the part of an insignificant handful of men, against a powerful Government defending its life, and for this purpose holding control of millions of armed disciplined men and of milliards in money, is only comical from the point of view of the possibility of success, and piteous from the point of view of the unfortunate, misled individuals who perish in this unequal strife. I regard this activity as unreasonable because, even granting what is most improbable — is, that those who are now fighting against the existing Government will triumph — the position of the people cannot improve therefrom.