The Nation and the Empire 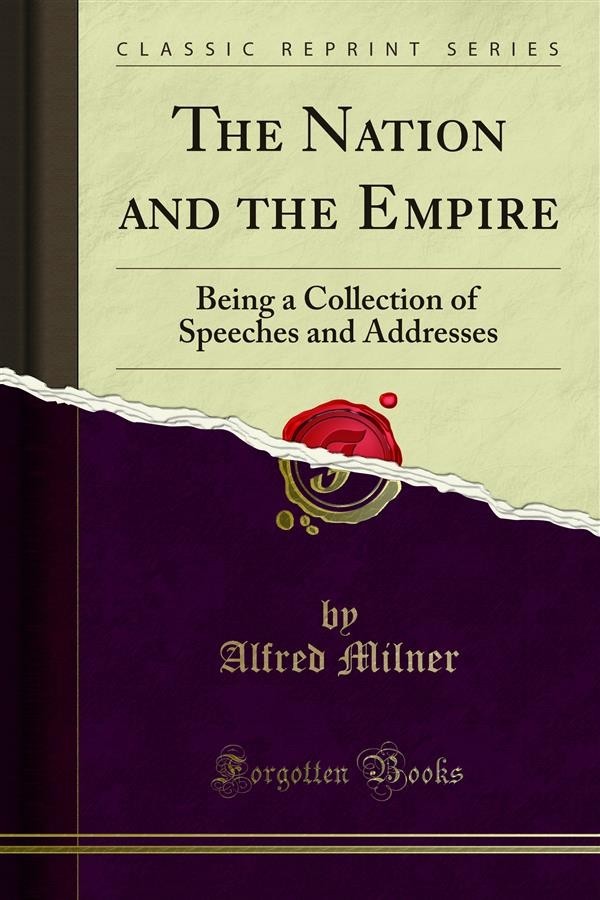 The Nation and the Empire

The speeches and addresses contained in this volume cover a period of sixteen years - from the date of my appointment as High Commissioner for South Africa to the present time. The majority of them are just occasional speeches, such as any public man is constantly obliged to make - often with inadequate preparation and sometimes with none - to deal with an incident arising in the course of his work, or with the latest phase of a controversy in which he may happen to be engaged. In a few cases only, such as the Manchester Speech of December 1906 (pp. 135-152) or the series of addresses delivered in Canada in 1908 (pp. 302-365), was I in a position to develop my ideas in a more or less complete and systematic manner. Under these circumstances, anything of more lasting value which the book may contain is necessarily embedded in a good deal of matter of merely transitory interest. Whatever unity there may be in such a series of incidental and fragmentary discourses can only be a unity of spirit, due to the fact that, throughout all these years, and indeed for a much longer period, my public activities have been dominated by a single desire - that of working for the integrity and consolidation of the British Empire. I should be the last to claim that I have always been successful in keeping this, my main object, free from entanglement with secondary and more questionable political aims. But I have at least always tried to do so. And in judging of the measure of my success or failure it is fair to bear in mind the special difficulties with which, in the present stage of our constitutional development, any man, who aspires to be a servant of the Empire, has to contend.