The Life of Galileo Galilei 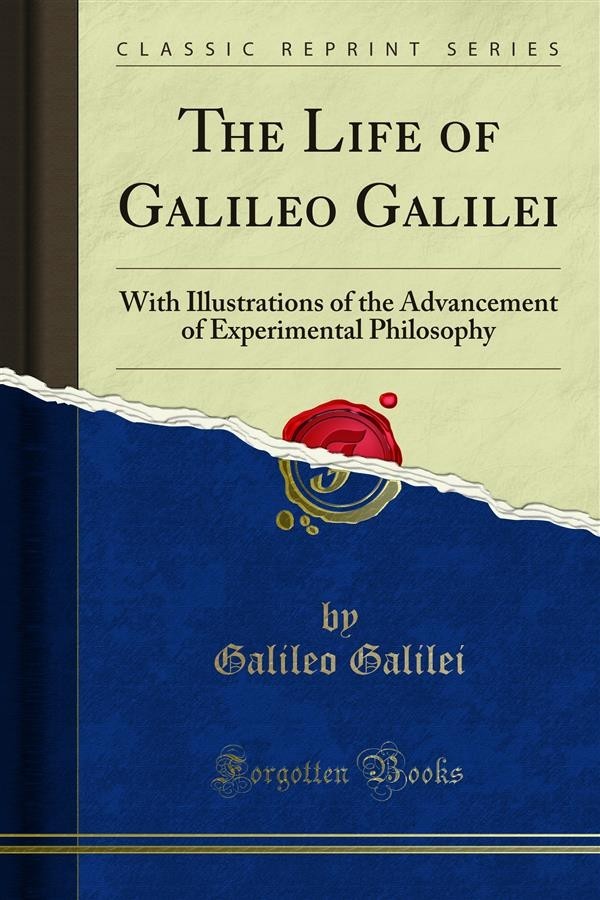 The Life of Galileo Galilei

The knowledge which we at present possess of the phenomena of nature and of their connection has not by any means been regularly progressive,"as we might have expected, from the time when they first drew the attention of mankind. Without entering into the question touching the scientific acquirements of eastern nations at a remote period, it is certain that some among the early Greeks were in possession of several truths, however acquired, connected with the economy of the universe, which were afterwards suffered to fall into neglect and oblivion. But the philosophers of the old school appear in general to have confined themselves at the best to observations; very few traces remain of their having instituted experiments, properly so called. This putting of nature to the torture, as Bacon calls it, has occasioned the principal part of modern philosophical discoveries. The experimentalist may so order his examination of nature as to vary at pleasure the circumstances in which it is made, often to discard accidents which complicate the general appearances, and at once to bring any theory which he may form to a decisive test. The province of the mere observer is necessarily limited: the power of selection among the phenomena to be presented is in great measure denied to him, and he may consider himself fortunate if they are such as to lead him readily to a knowledge of the laws which they follow.<br><br>Perhaps to this imperfection of method it maybe attributed lhat natural philosophy continued to be stationary, or even to decline, during a long series of ages, until little more than two centuries ago. Within this comparatively short period it has rapidly reached a degree of perfection so different from its former degraded state, that we can hardly institute any comparison between the two. Before that epoch, a.few insulated facts, such as might first happen<br>to be noticed, often inaccurately observed and always too hastily generalized, were found sufficient to excite the naturalist's lively imagination ; and having once pleased his fancy with the supposed fitness of his artificial scheme, is perverted ingenuity was thenceforward employed in forcing the observed phenomena into an imaginary agreement with the result of his theory; instead of taking the more rational, and it should seem, the more obvious, method of correcting the theory by the result of his observations, and considering the one merely as the general and abbreviated expression of the other. But natural phenomena were not then valued on their own account, and for the proots which they afford of a vast and beneficent design in the structure of the universe. so much as for the fertile topics which the favourite mode of viewing the subject supplied to the spirit of scholastic disputation: and it is a humiliating reflection that mankind never reasoned so ill as when they most professed to cultivate the art of reasoning. However specious the objects, and alluring the announcements of this art, the then prevailing manner of studying it curbed and corrupted all that is free and noble in the human mind. Innumerable fallacies lurked every where among the most generally received opinions, and crowds of dogmatic and self-sufficient pedants fully justified the lively definition, that " logic is the art of talking unintelligibly on things of which we are ignorant."