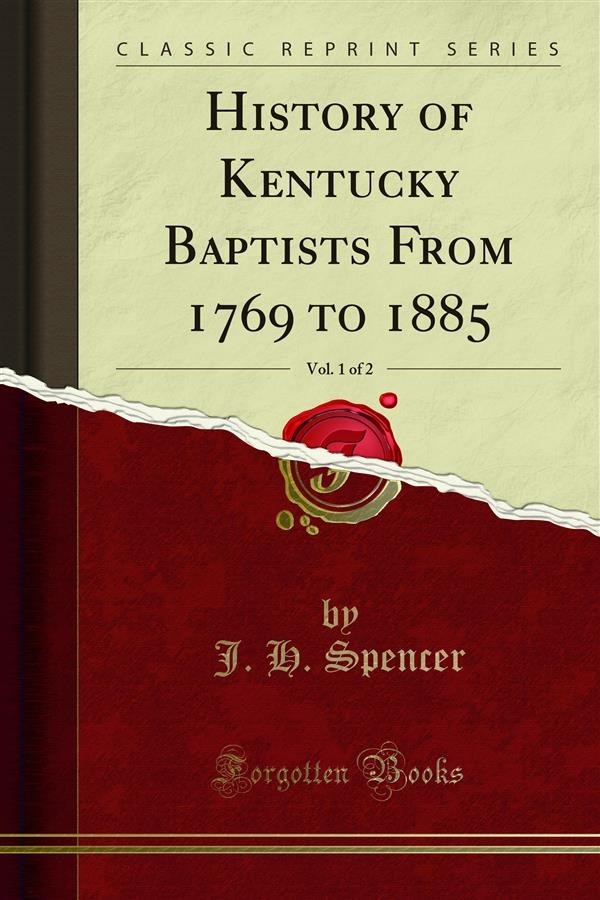 The Baptists have been occupying the soil of Kentucky one hundred and ten years, and, with the exception of two brief periods, have been much the most numerous denomination of Christians in the State; yet, they alone, of the leading sects, have failed to have their history written, until now. The pres ent work is the primal history 'of the Kentucky Baptists. Some fragmentary accounts of churches and associations have been printed from time to time, but nothing like a' connected history of the denomination has been published since Benedict's epitome of its early operations was issued from the press at Boston, Massachusetts, in 1813.