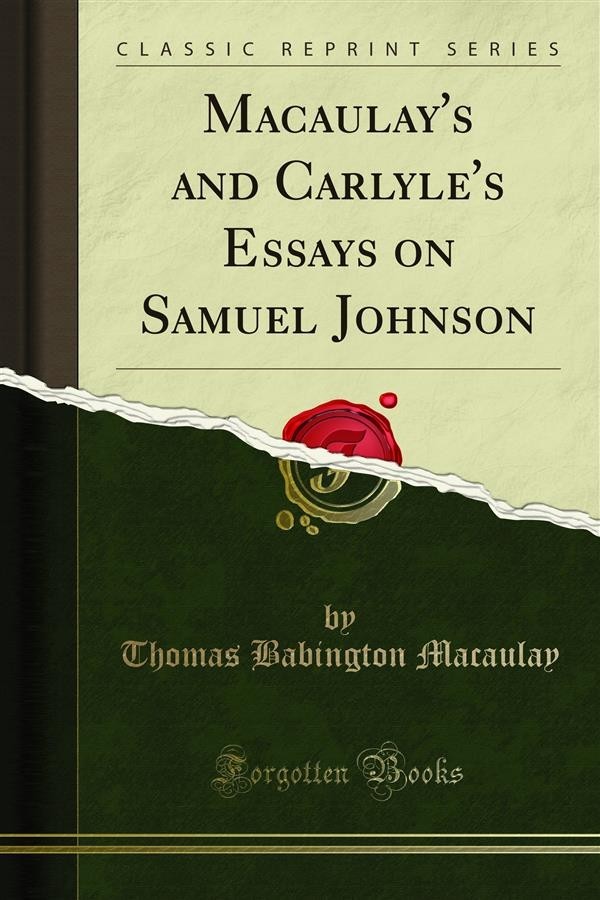 [The first great authorities for the lives of the two are Boswell's Life of Johnson and Tour to the Hebrides. Besides the great literary excellence of these works, their veracity and accuracy are unquestioned. The other sources for Johnson's biography, mentioned in the two essays, add little to what Boswell tells, and are of interest chiefly to annotators of the Life. Mrs. Thrale gives some anecdotes not found elsewhere, it is true, but her book has no serious value; it is merely amusing. Hawkins is proverbially dull, and has an air of giving information at second hand. Tyers gives merely a rambling collection of gossip, told in commonplace fashion. Murphy, a professional man of letters and a personal friend, wrote a life of Johnson as one of his literary commissions, just as he had previously written a life of Fielding; satisfactory performances in their day, but now long obsolete.<br><br>Apart from his relation to Johnson, Boswell must be studied in the account of his life prefixed to Boswelliana: the Commonplace Book of James Boswell, edited by the Rev. Charles Rogers, London, 1874 (printed for the Grampian Club). Leslie Stephen has supplied a briefer account to the Dictionary of National Biography. The shorter lives of Johnson are by Macaulay in the Britannica, by Leslie Stephen in the Dictionary of National Biography and the English Men of Letters series, and by Lieut.-Col. F. Grant in the Great Writers series. The latter work contains a bibliography to the year 1887. The leading incidents in the lives of both are reviewed in Minto's English Prose.]