The History of the Balkan Peninsula, From the Earliest Times, to the Present Day 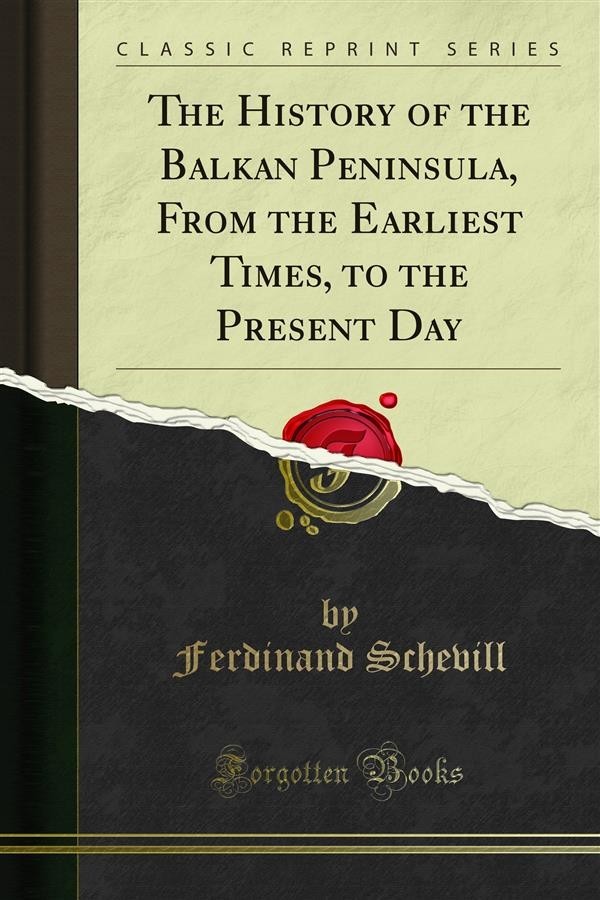 The History of the Balkan Peninsula, From the Earliest Times, to the Present Day

This book is concerned with the story of man on the south-eastern projection of Europe, known as the Balkan peninsula. For practical purposes the story begins with the Greeks, because the Balkan the Greeks, though not the original inhabitants of the peninsula, were the first to leave a clear record of themselves and their about three neighbors. From the Hellenic period, when the mists hiding the land from view begin to lift, to the twentieth century of the Christian era is a span of about three thousand years. During that long stretch of time what migrations, wars, settlements, worships, and civilizations make their appearance in the deep perspective of Balkan history! What peoples march across the soil, fair-haired, strong-limbed warriors clothed in skins, succeeded by dark, bronzed men, curved over the backs of horses and alert for plunder! What empires come and go, one moment mounting resistlessly like a wave of the sea, the next dissolving in a cloud of spray! An epic tale is about to engage our attention calling for infinite patience with the intricacies of a deliberately moving plot and demanding an unswerving attachment to pilgrim man as well as a constantly renewed interest in the riddle of his destiny.<br><br>In order to give the reader a swift preliminary view of the material to be brought to his attention, it is proposed to devote eastern this chapter to a recital of the leading phases of the Balkan story. If history, like Time itself, is a continuous stream, it falls, under the scrutiny of the ordering mind, into periods more or less distinct and possessed of well-marked characteristics.