The Curse of Canaan Rightly Interpreted 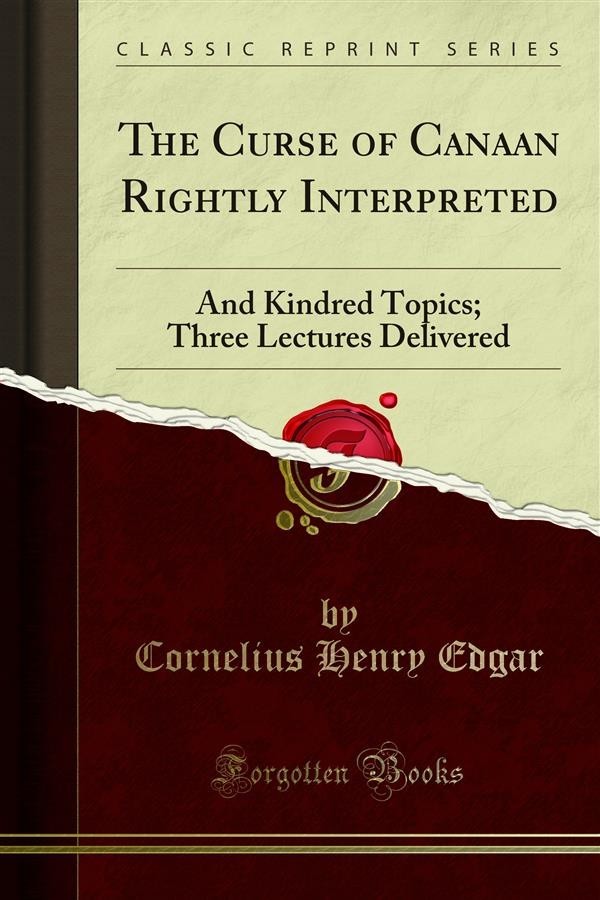 The Curse of Canaan Rightly Interpreted

Those who derive from these words divine authority for enslaving the Negro, are bound to show that Noah spoke these words as he was moved by the Holy Ghost. They are also bound to show that the Negro is descended from Canaan.<br><br>It is not in this passage, nor is it anywhere, in the inspired writings, declared, that Noah uttered these words by the authority and inspiration of God.<br><br>An argument has been built upon these words to excuse and to justify the enslaving of the descendants of Rain. In the argument it is assumed that "God spake all these words." It is only an assumption. It must be proved that Noah uttered them when inspired, and by command and authority of the Almighty. For if, when Noah cursed Canaan - as we have no doubt he did curse Canaan - he was speaking as a private person, and not as an inspired prophet of Jehovah, no inference as to the divine institution of slavery can be therefrom derived.<br><br>You are not to suppose that "holy men of old, who spake as they were moved by the Holy Ghost," were always, and in all things, moved by the Holy Ghost. Sometimes they spoke as other men. I raise the question, - Did Noah utter his curse on Canaan as he was moved by the Holy Ghost?