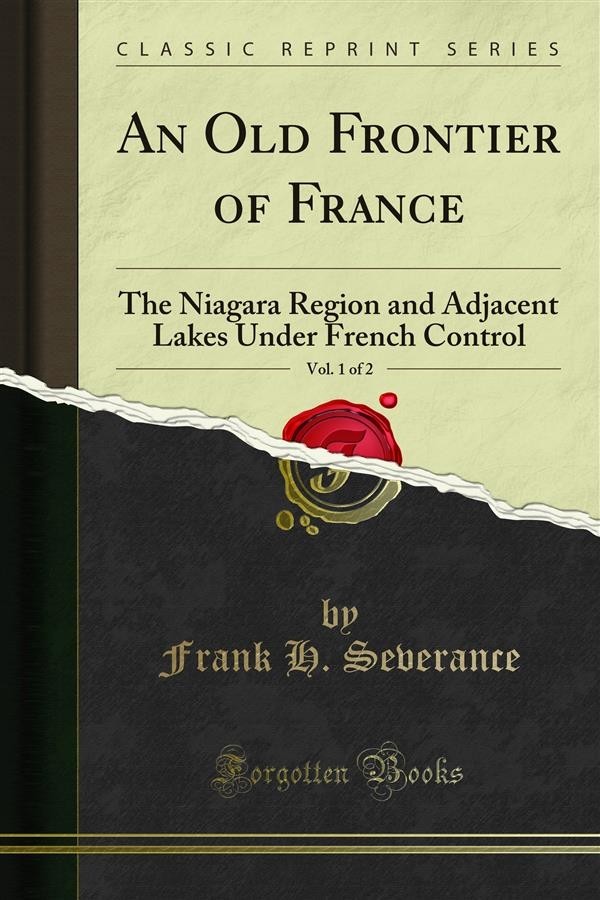 My purpose in the following study has been to record, with all useful detail, the events of French occupancy in the region of the Niagara and adjoining lakes; and I would here antici pate a possible criticism that my pages are overladen with details — by stating that it was a desire to know what had happened in the region during the time it was dominated by France, a desire to make the facts available for others, and an inability to find many of them in existing works, that induced me to write the narrative that follows. If I have seldom turned aside from the mere recording of events, to remark on the policies of the Powers which were rivals in the region, or on the consequences of their conduct, it is because I have felt that the truest exposition of these am bitions of courts, these failures or achievements of Ministries, lay in setting forth as simply and clearly as possible, the things that were done. The student of history, like the scientist, is on safest ground when he draws his conclusions from an as semblage of facts. Such a contribution to historical study, this work is designed to be; and those most familiar with the subject will perhaps be first to note that the narrative here offered supplements rather than duplicates existing works of wider scope. An especial aim has been, to present new matter; minimizing, so far as consistent, the narration of episodes else where adequately recorded.