Lives of the Most Eminent Painters, Sculptors, and Architects 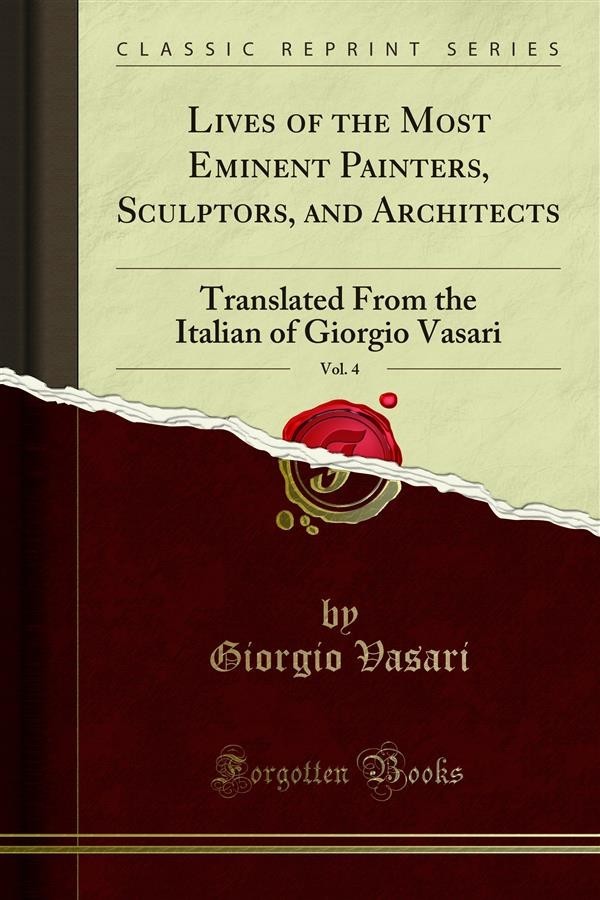 Lives of the Most Eminent Painters, Sculptors, and Architects

How many great and illustrious princes, richly abounding in the goods of fortune, would leave an enduring glory attached to their names, if, together with the distinction of riches and station, they had also received minds attuned to greatness and disposed to such pursuits as not only tend to promote the embellishment of the world, but are likewise capable of securing infinite advantage and perpetual enjoyment to the whole human race! But what can, or should great men and princes do the most effectually to profit by the various endowments of those who serve them, and to maintain the memories of such men and of themselves in perpetual duration, if not to erect great and magnificent edifices? For what, of all the vast outlay made by the ancient Romans when at the topmost summit of their glory, what other has remained to us, upholding the eternal splendour of the Roman name, what but those relics of buildings which we honour almost as something holy, and labour incessantly to imitate as the sole erections really beautiful? And to what extent the minds of certain princes who were ruling in the days of the Florentine architect Antonio da San Gallo were disposed to these things, will be clearly seen in the life of that master which we are now about to write.