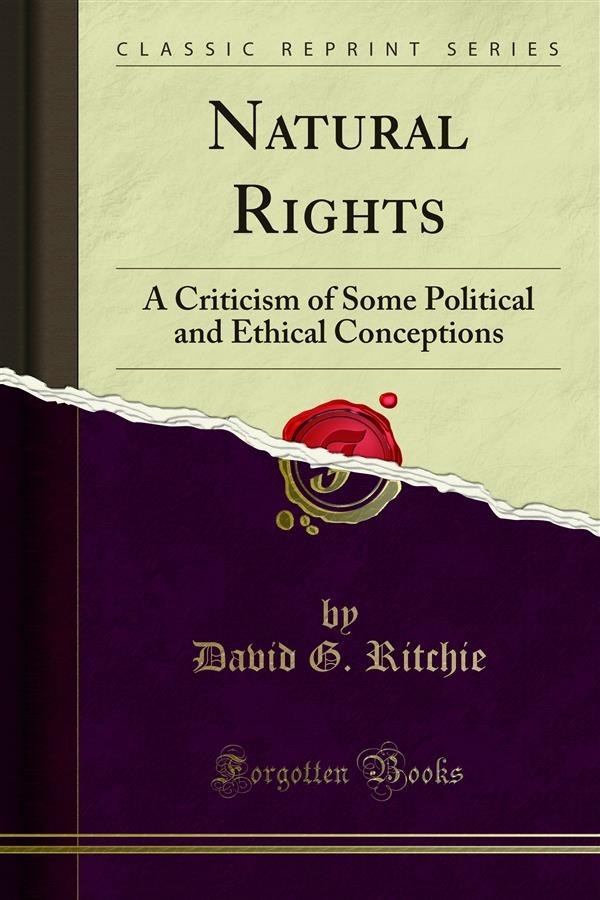 When I began, some three years ago, to write a paper on "Natural Rights," which has grown by degrees into the present volume, I had a certain fear that in criticising that famous theory I might be occupied in slaying the already slain. Recent experience has, however, convinced me that the theory is still, in a sense, alive, or at least capable of mischief. Though disclaimed by almost all our more careful writers on politics and ethics, it yet remains a commonplace of the newspaper and the platform, not only in the United States of America, where the theory may be said to form part of the national creed, but in this country, where it was assailed a century ago by both Burke and Bentham. If it be suggested that an exposure of fallacies, which have survived the attack of two critics so great and of such diverse genius, is either futile or superfluous, I should answer that I hope I have approached the theory in a spirit more appreciative and sympathetic than was possible to the eloquent passion of Burke, or to the keen, cold, abstractly logical analysis of Bentham. At least, I have endeavoured to regard the theory in the light of its historical significance; for it is never sufficient to argue that a widely held opinion is erroneous without trying to show how and why it came to be widely held. What I have attempted is simply a contribution to an historical and critical analysis of a set of conceptions which have had, for good and evil, an enormous influence in the region of practical politics and legislation. The Study is but a fragment of political philosophy; and even in itself it is inevitably incomplete. Illustrations and applications might have been multiplied indefinitely; and any selection must always seem arbitrary to some readers. The subject of "liberty of thought" has been discussed at what may seem disproportionate length; but it appeared to me one of the most suitable for the sake of illustration, and the treatment accorded to it is, after all, not very lengthy. Chapter VIII. will serve its purpose best, if it should help to provoke some competent historical student to undertake a history of the practice and of the idea of toleration, on which I have only given a few jottings.