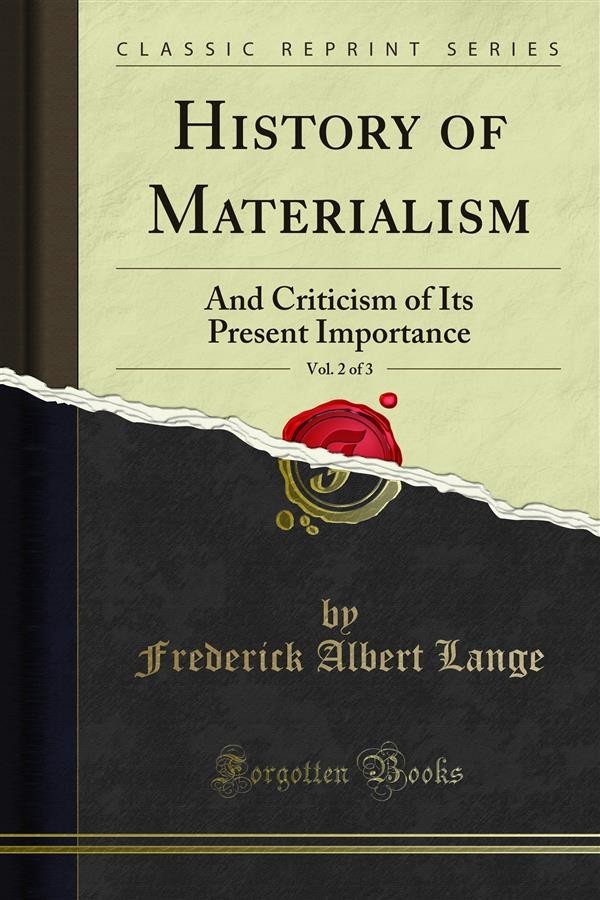 Although modem Materialism appeared as a system first in France, yet England was the classic land of materialistic modes of thought. Here the ground had already been prepared by Roger Bacon and Occam; Bacon of Verulam, who lacked almost nothing but a little more consistency and clearness in order to be a Materialist, was wholly the man of his age and nation, and Hobbes, the most consequent of the modem Materialists, is at least as much indebted to English tradition as to the example and precedence of Gassendi. It is true, indeed, that by Newton and Boyle the material world-machine was again provided with a spiritual constructor; but the mechanical and materialistic theory of nature only rooted itself the more firmly the more one could pacify religion by appealing to the Divine inventor of the great machine. This peculiar combination of faith and Materialism has kept its ground in England down to our own days.