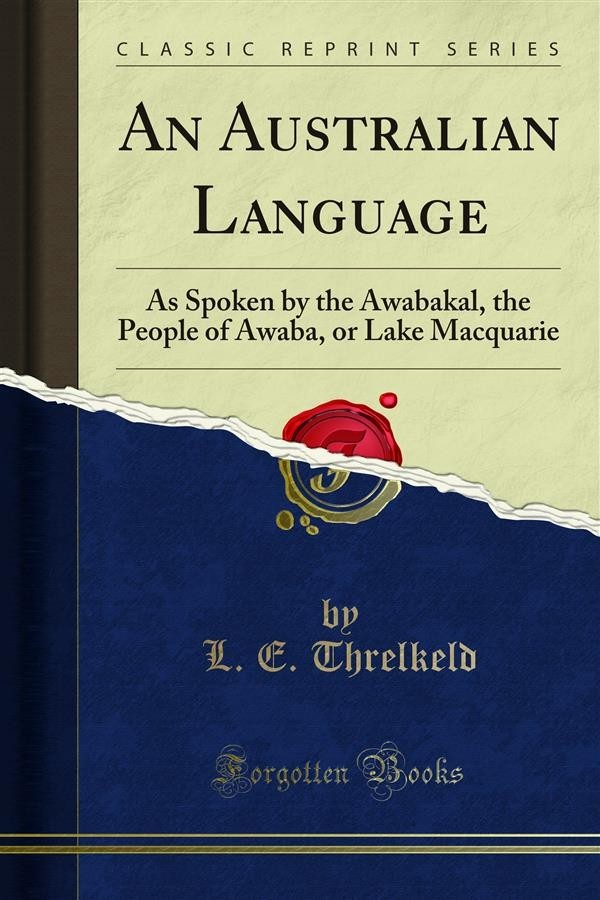 This volume is issued by the Government of New South Wales, as a record of the language of native tribes that are rapidly disappearing from the coasts of Eastern Australia. Presentation copies will be sent to the chief learned societies at home and abroad. The indigenes of the Sydney district are gone long ago, and some of the inland tribes are represented now only by a few families of wanderers. In all New South Wales, there are only five thousand full-blood blacks; only four or five hundred in Victoria; and in Tasmania the native race became extinct m1S 76. They have decayed and are decaying in spite of the fostering care of our Colonial Governments.<br><br>A considerable portion of this volume consists of Mr. Threlkeld's acquisitions in the dialect which I have called the Awabakal, from Awaba, the native name for Lake Macquarie - his sphere of labour. But we have now come to know that this dialect was essentially the same as that spoken by the sub-tribes occupying the land where Sydney now stands, and that they all formed parts of one great tribe, the Kuriggai.<br><br>In an Appendix I have collected several Grammars and Vocabularies as a contribution to a comparative knowledge of the dialects. The map and other illustrations are new, and were prepared for this work.<br><br>The Gospel by St. Luke herein is now of no practical value, except to a linguist; but it is unique, and it shows the structural system of the language.