The Origin of Attic Comedy 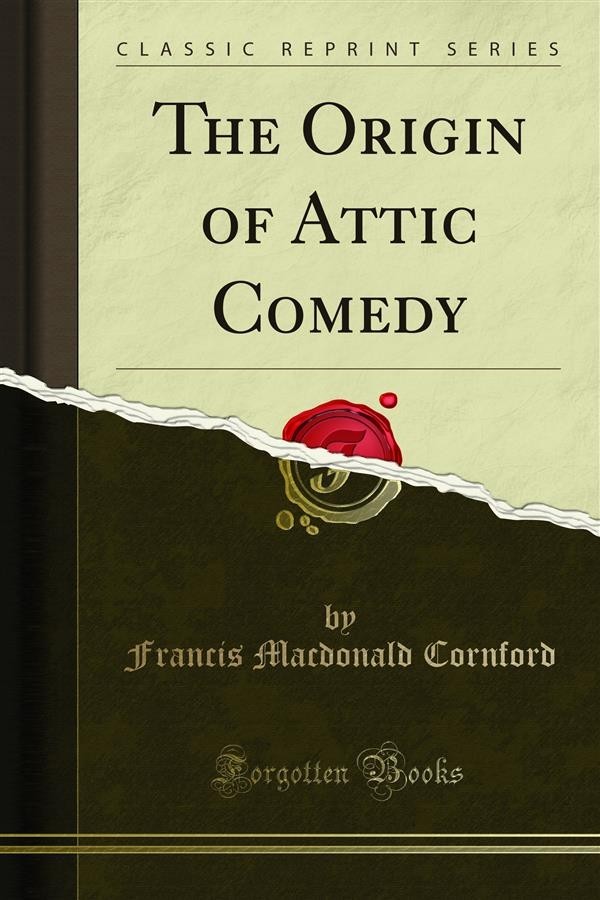 The Origin of Attic Comedy

Aristotle observes that at the date from which the record of comic poets begins, Attic Comedy had already 'certain definite forms.' The hypothesis put forward in this book is that these traditional 'forms,' still clearly traceable in the constant features of the Aristophanic play, were inherited from a ritual drama, the content of which can be reconstructed. Chapters II to VII contain the argument for this theory, and Chapter IX deals with the paradox (if paradox it be) that the ritual drama lying behind Comedy proves to be essentially of the same type as that in which Professor Gilbert Murray has sought the origin of Tragedy.<br><br>I was not myself prepared for any such conclusion. This book was planned, and part of it (now cancelled) was even written, while I still accepted the current view that Aristophanic Comedy is a patchwork of elements loosely pieced together, and in origin possibly foreign to one another. A closer study of the eleven plays convinced me that this opinion was almost wholly mistaken. The plays, under all their variety and extravagance, have not only a unity of structure, but a framework of traditional incidents, which cannot, I believe, be otherwise explained than as the surviving fabric of a ritual plot. The hypothesis was thus forced upon me by the facts; but very probably it would never have occurred to me, if I had not had in my mind Professor Murray's theory of the 'ritual forms' in Tragedy. My debt to him is, therefore, great. The dedication marks my sense of it, as well as my gratitude for all that I have learnt from his imaginative and delicate interpretation of Greek poetry.<br><br>Among earlier writers, I owe most to Zielinski, whose Gliederung der altattischen Komodie contained the first serious effort to account for the unique structure of the Old Comedy.