A Warning for Fair Women 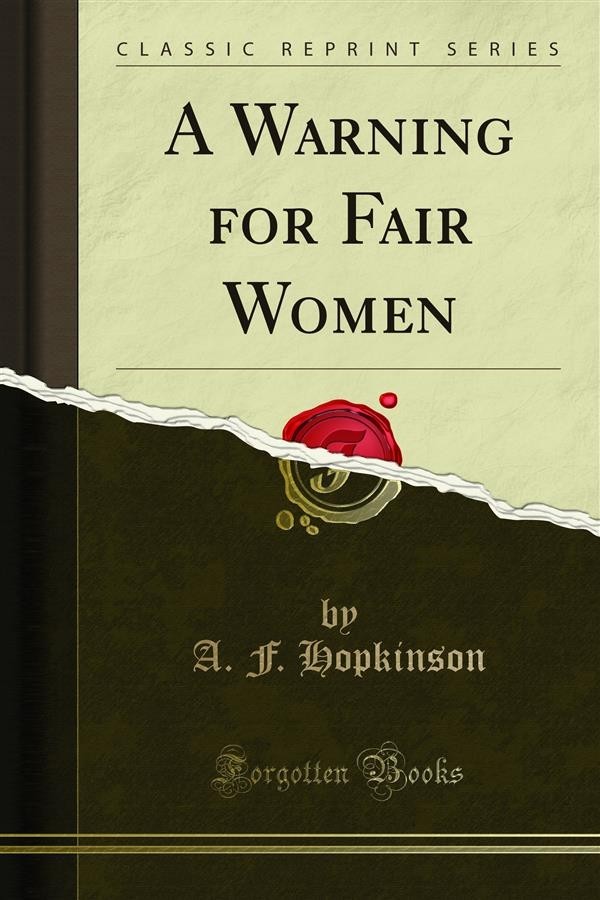 A Warning for Fair Women

A warning for fair women was entered on the Stationers' registers Nov. 17, 1599, by William Aspley. It must have issued from the press almost immediately, as the following title-page sufficiently shows; A Warning for Faire Women, containing The most Tragicall and Lamentable Murther of Master George Sanders of London, Marchant, nigh Shooters Hill; consented unto by his owne wife, acted by M. Browne, Mistress Drury, and Trusty Soger, agents therein; with their seuirall ends. As it hath beene lately diuerse times acted by the right Honorable the Lord Chamberlaine his Seruantes. Printed at London by Valentine Sims for William Aspley. 1599. 4 to. b. 1.<br><br>There was no transfer of copyright, nor was there another edition issued until 1878, when Mr. E. Simpson published a verbatim reprint of the old quarto in vol. ii of his School of Shakespeare. Mr. Simpson did not divide the play into acts or scenes, and retained the old spelling. In 1893 I made an 8 vo. reprint of the play, and divided it into acts and scenes, and also marked the location of the latter.