A Treatise on Military Law and the Practice of Courts-Martial 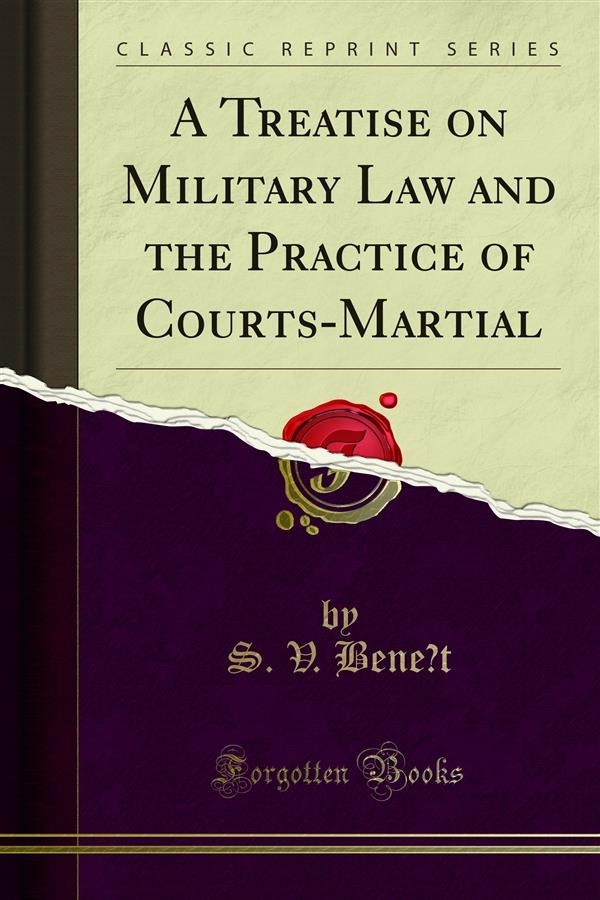 A Treatise on Military Law and the Practice of Courts-Martial

Within the past few years, more has been done to fix disputed and doubtful points in the practice of our military tribunals, than during any former period in our military history. For this progressive movement, we are mainly indebted to the able decisions, while reviewing the proceedings of courts-martial, that have issued from the War Department since the establishment of the office of Judge Advocate of the Army; and to the many elaborate opinions by the Attorneys General, on points of law requiring legal interpretation. These decisions and opinions, presenting, as they do, authoritative information of unusual interest to the army at large and not generally accessible, first suggested the preparation of a work in which they might be embodied. The suggestion lost none of its force, in view of the fact, that for the instruction of the Cadets of the Military Academy in the practice of courts-martial, this most essential information was not to be found in their text-book.<br><br>This volume has been the result of much careful investigation, and the hope is entertained that it may contribute a useful link in the chain of our military jurisprudence. To the Judge Advocate of the Army, I am indebted, for furnishing me the information I had occasion to seek in the records of the War Department.