Origin and History of the Horse 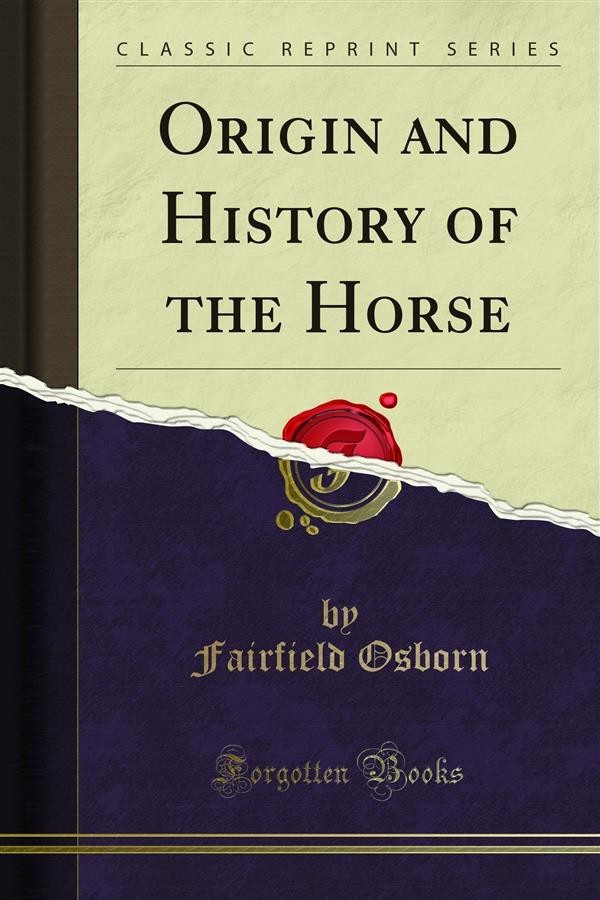 Origin and History of the Horse

The first meeting of the season was held at the Metropolitan Club on Tuesday evening, December 19, 1905, the President, Mr. Barnes, presiding. After dinner the President introduced Prof. Henry Fairfield Osborn, who delivered the following address:<br><br>"Origin and History Of the Horse."<br><br>Prof, Osborn - It is unnecessary to say in this presence that the horse is the noblest of the domesticated animals and has been to man the most useful of all the domesticated animals, not barring the cow. In support of this statement you must recall the fact that in certain parts of Asia there are no cattle, and that the people subsist entirely and have subsisted for hundreds if not thousands of years upon the products of the horse, including the milk of the mare, which of course is prepared in the form of kumyss.<br><br>Just a few words of introduction to the history of the horse, which is our subject. It is very largely connected with the explorations which we have conducted from the American Museum of Natural History, which began in the year 1891. In 1889 we made in Northeastern Texas the rather remarkable discovery of a considerable number of skeletons of the horse reared in America, that is, of the original North American horse, which became extinct not only before the discovery of the country by the Spaniards, but long before that time. There are no traces of the horse in the Aztec history of Mexico, or in the knowledge of any of the South American peoples, or even in the myths of the American Indian. The animal therefore became entirely extinct in this country, all assertions to the contrary being unfounded.<br><br>Our discovery was of five or six of the original American horses, which had previously only been known by portions of the skeletons, and it put into my mind the possibility of a series of explorations which should be especially directed to the subject of the history of the horse in America, a subject in which we may feel considerable national pride, because it is highly probable, although not yet absolutely demonstrated, that the direct ancestors of this noble animal came from America before the race became extinct, and that the horse is therefore one of the gifts of America to the world.