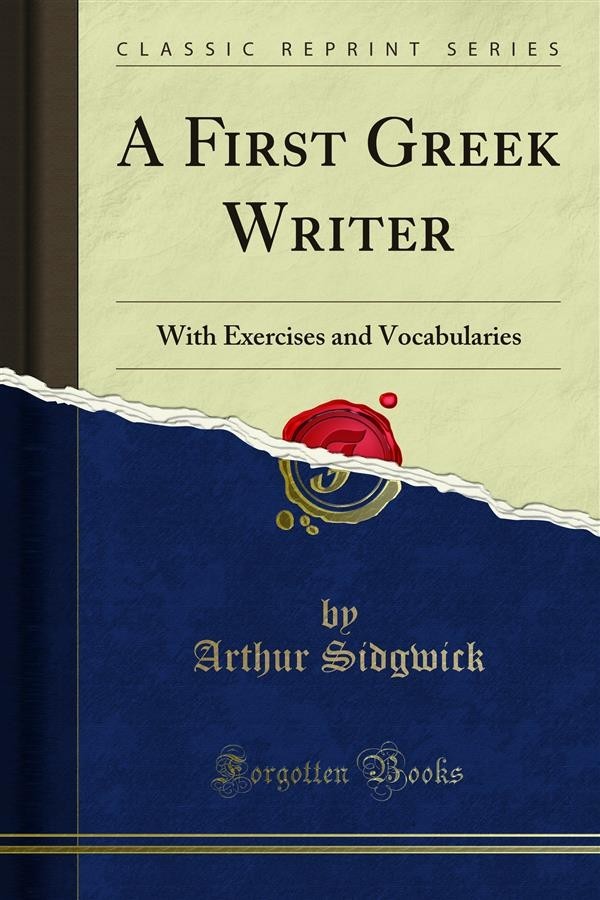 The object of this little book is to help those who are beginning Greek to learn from the first to write the language as well as read it. There is among many teachers a strong belief (which I am inclined to share) that Greek is mastered much more effectively if a little writing be combined with the reading, even from the earliest stages. The great inferiority of the knowledge of Greek acquired at schools, as compared with Latin, is partly, no doubt, due to the language being harder and begun later, but partly also to the fact that Latin writing is cultivated from the first, while Greek writing is so commonly neglected.<br><br>The difficulties of Greek composition fall naturally into three heads, - difficulties of Accidence, of Syntax, and of Idiom. Speaking broadly, this book is meant to deal chiefly with the first, and so may serve as a first stage (for those who mean to pursue the study) to my Introduction to Greek Prose Composition, which deals with the other two sets of difficulties included under the head of Syntax and Idiom.