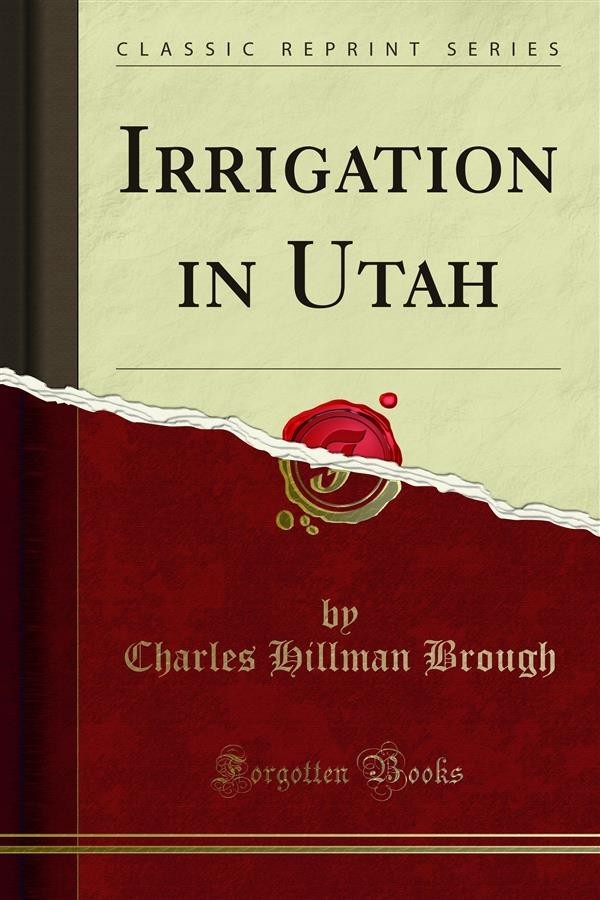 A study of irrigation as practiced in Utah should prove of more than local interest: (1) Because Utah is the geographical centre of the Arid Region and what has been done there is a fair test of average possibilities. (2) Because both the co-operative and capitalistic methods have been applied in the reclamation of arid land in Utah, and an opportunity is afforded for comparing the results of the two methods. (3) Because problems applicable to the Arid Region as a whole are considered and their solution is attempted.<br><br>Of these problems the most important are the cession of the lands now in the hands of the United States Government to the States and Territories in which they are situated, the formulation of a plan by which lands already ceded to the States and Territories may be reclaimed, and the question of state control of water.<br><br>The most important general sources on which this study is based are: (1) Manuscript historical records of the Mormon Church, found in the church library at Salt Lake City, Utah. (2) Files of Utah newspapers, including the Deseret News, the Salt Lake Tribune and Herald, and the Ogden Standard. (3) Works on irrigation as practiced in foreign countries, found in the library of the Geological Survey, Washington, D. C. (4) Files of the Irrigation Age. Industrial Reporter, and other irrigation journals.