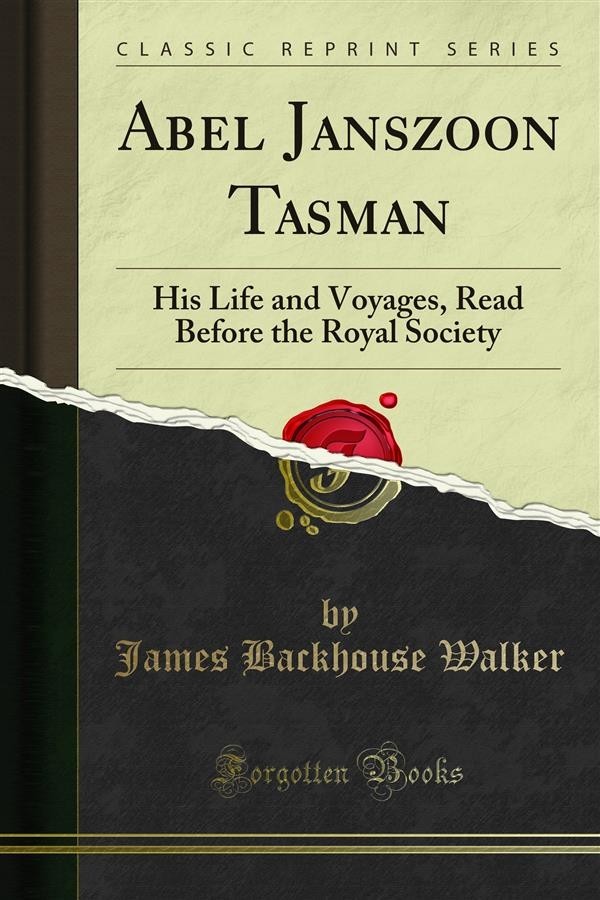 No life of the first circumnavigator of Australia has hitherto appeared in English. Nothing has been accessible to the English reader but an abstract of one voyage and a few lines in biographical dictionaries. This is scarcely surprising, when we consider how careless Tasman's own countrymen have been of his fame. Fifty years ago all that had been printed in his own country consisted of short abstracts of a few voyages, and these were hidden away in bulky collections. Even the date and place of his birth were matter for conjecture and dispute. Things are somewhat better now. Thirty-five years ago the complete journal of his famous voyage of 1642 was published in Holland, and we are now promised a sumptuous fac simile edition of the original manuscript, with notes by two eminent scholars, and with an English translation.<br><br>Moreover, patient searchers in the Dutch Colonial Archives have for years past been laboriously gleaning scattered particulars respecting him, and the results of their investigations have been printed from time to time in the transactions of Dutch learned societies, and in other places. It has thus become possible to piece together a fairly connected account of the great navigator's life.<br><br>But after all available information has been made use of, the result is disappointing. The man himself remains for the most part an indistinct figure. Personal details are few. The facts are mostly dry and meagre, gathered from formal official despatches and dusty registers. The material is wanting for a biography which would give a clear and sharply defined picture of the man as he lived.<br><br>It is possible, however, to attain what is of even more interest.