Commission of Inquiry on Village Education in India , University of Calcutta 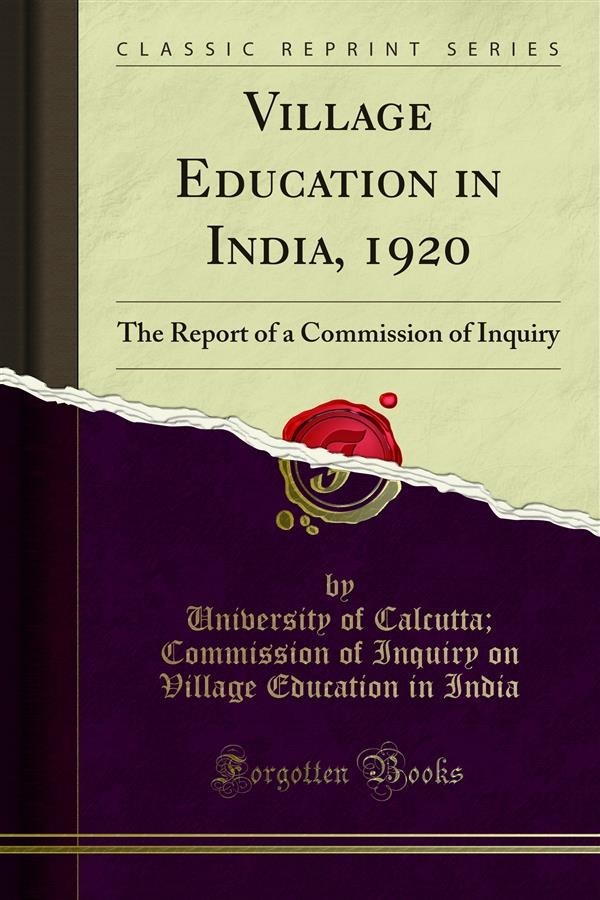 Commission of Inquiry on Village Education in India , University of Calcutta

The origin and purpose of the Commission whose Report is presented in this volume are explained in the first paragraph of the Introduction. The Report was written in India, where the Commission were in direct touch with Indian workers, missionaries, the Government, and leaders of public life in India, and was completed in June of the present year.<br><br>The Chairman of the Commission was the Rev. A. G. Fraser Principal of Trinity College, Kandy. Prior to his appointment as Principal of this College in 1904, Mr. Fraser had been a missionary in Uganda. He had at different times undertaken special studies of educational methods and experiments in the United States and other countries. In 1917 and 1918 he served as a chaplain in France. He had as his colleagues throughout the whole tour of the Commission the Rev. Professor D. J. Fleming, Ph.D., formerly a teacher in the Forman Christian College, Lahore, and now professor in the Union Theological College, New York; and Miss M. M. Allan, Principal of Homerton College, Cambridge, one of the largest training colleges for teachers in England, who had served on two departmental committees appointed by the Board of Education and also on two Local Education Authorities, and brought to the work of this Commission many years of professional experience.