The Temples and Ritual of Asklepios at Epidauros and Athens 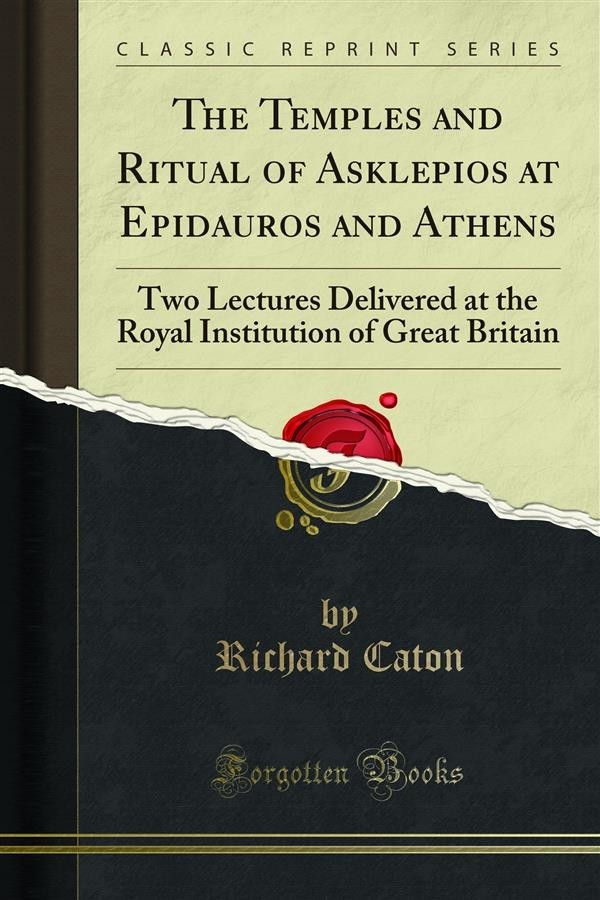 The Temples and Ritual of Asklepios at Epidauros and Athens

Some apology is perhaps needed from one who can neither claim to be a classical scholar nor a professional archaeologist in venturing upon the subject of these lectures.<br><br>Repeated visits to Greece and the Greek colonies during the past twenty years have enabled the author to observe, in their various stages, certain of the researches to be here briefly recounted. To him their interest appeared so considerable that it seemed probable the enquiry might be attractive to members of the medical profession generally, and perhaps also to other readers, from the side of the cult, if not from that of the classical archæologist.<br><br>The same motive explains the effort made to present a picture, in part hypothetical, of the ancient fabrics, and of the work carried on in them. More latitude in speculation in such a direction is perhaps allowable to one who traces the development of a cult, than to the scientific archæologist.<br><br>No originality is claimed in regard to the facts.