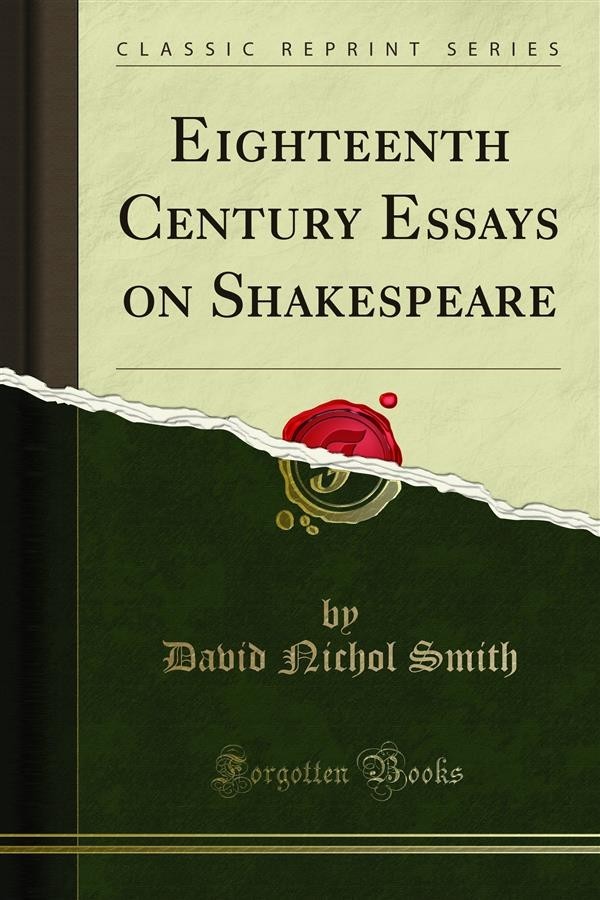 This false attitude to the eighteenth century had its nemesis in the belief that we were awakened by foreigners to the greatness of Shakespeare. Even one SO eminently sane as Hazlitt lent support to this opinion. We will confess, says the Preface to the Cbamcters of S/méespmre's Plays, that some little jealousy Of the character of the national understanding was not without its share in producing the following undertaking, for we were piqued that it should be reserved for a foreign critic to give reasons for the faith which we English have in Shakespeare; and the whole Preface resolves itself, however reluctantly, into praise of Schlegel and censure of Johnson. When a thorough Englishman writes thus, it is not surprising that Germany should have claimed to be the first to give Shakespeare his true place. The heresy has been exposed; but even the slightest investi gation of eighteenth-century Opinion, or the mere recollection of what Dryden had said, should have pre vented its rise. Though Hazlitt took upon himself the defence Of the national intelligence, he incorporated in his Preface a long passage from Schlegel, because, in his opinion, no English critic had Shown like enthusiasm or philosophical acuteness. We cannot regret the delusion if we owe to it the Cbamcters of Shakespeare's Plays, but his patriotic task would have been easier, and might even have appeared unnecessary, had he known that many Of Schlegel's acute and enthusiastic Observations had been anticipated at home.