Handbook of the Lisu (Yawyin) Language 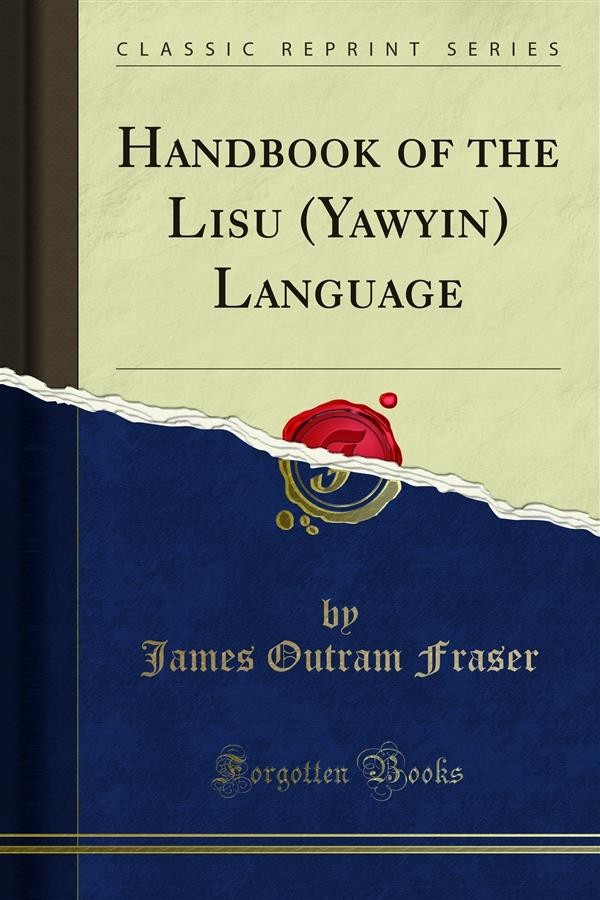 Handbook of the Lisu (Yawyin) Language

The origin of the Lisu race, as is the case with so many races in this part of Asia, is uncertain. The uniform testimony of the people themselves, from widely separated districts, is that they come from the head of the river, which they refer, very vaguely, to either the N 'mai Hka, Salween, or Mekong Rivers. It is certain that Lisu are found in considerable numbers around the upper reaches of these three Rivers, and as it can be observed, that even the present tendency of Lisu migration is in a southerly direction, it seems probable that their tradition is correct.* Hence we may suppose that their original home is in or near Eastern Tibet. This would seem to be borne out by the strong resemblance between the Lisu language and the Burmese and Atsi Kachin languages, the latter races also being supposed to have migrated from the eastern part of Tibet. If these surmises are correct we may, perhaps, hazard the further supposition that the southern migration of the Lisu was a later one than that of the Burmans and Kachins, for whilst the latter seem to be thoron hly acclimatised in their lower altitudes, the Lisu are seldom foun at altitudes of less than feet above sea-level, and ﬂourish best at altitudes of and more feet. They are usually to be found, whether in Yunnan or' Burma, in the higher and colder regions of the mountains. There are, however, many Lisu who have Chinese surnames and claim Chinese origin. Though all Lisu clan surnames have their Chinese equivalents, some have Chinese surnames without Lisu equi valents: these are usually descendants of Chinese adopted into Lisu families. But even Lisu with ordinary Lisu clan surnames will some times claim to be of Chinese extraction, averring that their ancestors originally came from Eastern China, usually from the province Of Kiangsi — the ancestral home of most of the Chinese living near the Burma frontier. Such Lisu do not, however, boast of their Chinese Origin. N o Lisu is ashamed to own his race, whereas the aborigines of Eastern Yunnan, where Chinese inﬂuence is stronger, are often ashamed to admit that they are not Chinese, and indeed tend to become absorbed in the latter race. In the Tengyueh District there is a saying that the Chinese sometimes turn into tribespeople but that the tribespeople never turn into Chinese.