Silva: Or a Discourse of Forest-Trees, and the Propagation of Timber in His Majesty's Dominions, as It Was Delivered in the Roya 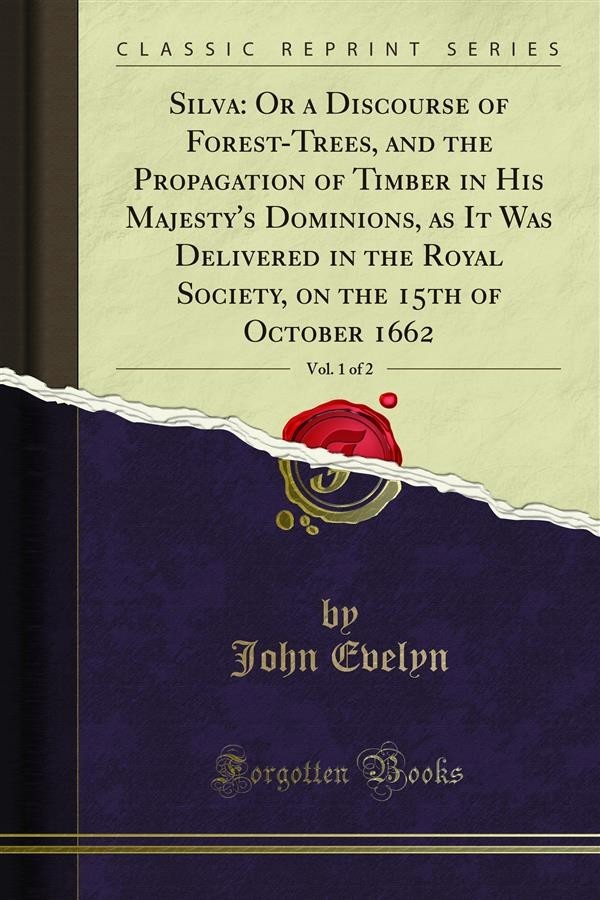 Silva: Or a Discourse of Forest-Trees, and the Propagation of Timber in His Majesty's Dominions, as It Was Delivered in the Roya

It may appear a matter of singularity that a person of my Profession should engage in a work which, it must be confessed, has but a small alliance with Medicine. But I wish to have it known, that, during the whole time this edition was under my hands, I considered it only as affording amusement, and relaxation from studies of a severer kind. To liberal minds this will be a sufficient apology: To persons of a different turn I have nothing to observe. Tacitus says, Ad utilitatem vitœ omnia facta consiliaque nostra sunt dirigenda: and I could produce proofs of the highest authority to confirm this excellent sentiment; - but an age eager in pursuit of natural knowledge needs no incitements.<br><br>The expense attending this work would have deterred me from the prosecution of it almost as soon as begun, had it not been for a most distinguished Patronage, under whose recommendation the Subscription filled beyond my most sanguine expectations<br><br>Since the first edition of the Silva, in 1664, many improvements have been made in planting, and in every branch of natural knowledge. It, therefore, became my indispensable duty to bring down the improvements to the present time. These make the subject of the Notes, which are drawn from the most respectable authorities. I assume no merit beyond the arrangement of the materials, having in all places preserved the Author's own words, excepting in cases where the sense was obscured by an impropriety of expression.