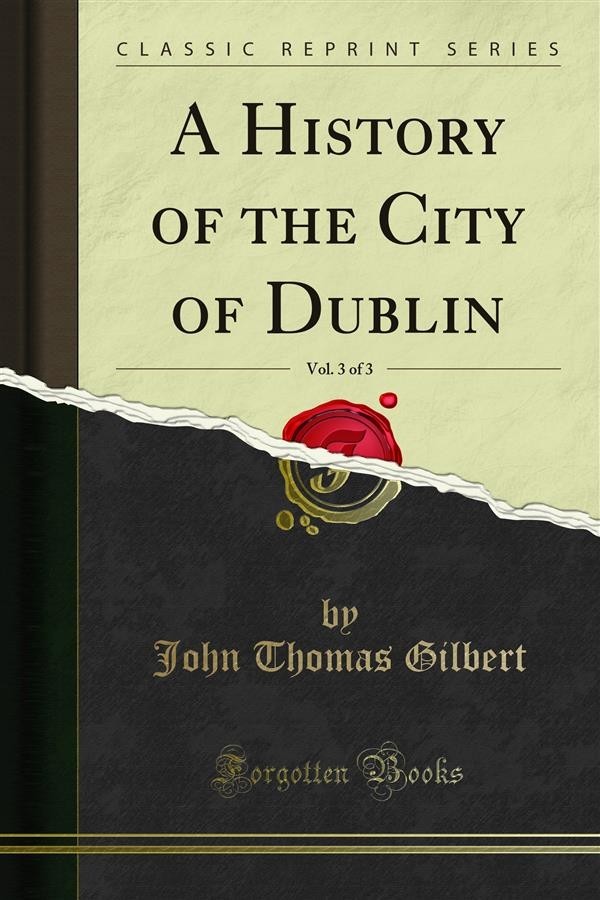 College-green anciently formed portion of a considerable village outside the city of Dublin, styled Hogges, or Le Hogges, a name apparently derived from the Teutonic word Hoge or Hoga used to designate small hills or sepulchral mounds, the existence of which in this locality was evidenced by the vestiges found here in the reign of Charles I.<br><br>"In November, 1646," writes Sir James Ware, as people were employed in removing a little hill in the east suburbs of the city of Dublin, in order to form a line of fortification, there was discovered an ancient sepulchre, placed S.W. and N.E., composed of eight black marble stones, of which two made the covering, and were supported by the others. The length of this monument was six feet two inches, the breadth three feet one inch, and the thickness of the stone three inches. At each corner of it was erected a stone four feet high, and near it, at theS. W.end, another stone was placed in the form of a pyramid six feet high, of a rustic work, and of that kind of stone which is called a millstone. Vast quantities of burnt coals, ashes, and human bones, some of VOL.in.