Cellular Pathology as Based Upon Physiological and Pathological Histology 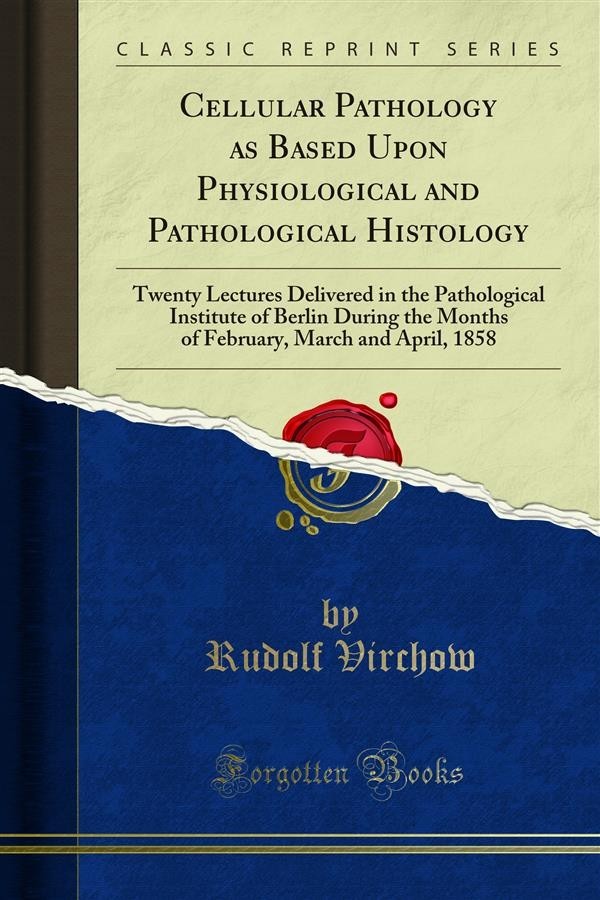 Cellular Pathology as Based Upon Physiological and Pathological Histology

The lectures which I herewith lay before the medical public at large were delivered in the early part of this year, in the new Pathological Institute of the University of Berlin, in the presence of a somewhat numerous assembly of medical men, for the most part physicians practising in the town. The object chiefly aimed at in them, illustrated as they were by as extensive a series of microscopical preparations as it was in my power to supply, was to furnish a clear and connected explanation of those facts upon which, according to my ideas, the theory of life must now be based, and out of which also the science of pathology has now to be constructed. They were more particularly intended as an attempt to offer in a better arranged form than had hitherto been done, a view of the cellular nature of all vital processes, both physiological and pathological, animal and vegetable, so as distinctly to set forth what even the people have long been dimly conscious of, namely, the unity of life in all organized beings, in opposition to the one-sided humoral and neuristical (solidistic) tendencies which have been. transmitted from the mythical days of antiquity to our own times, and at the same time to contrast with the equally one-sided interpretations of a grossly mechanical and chemical bias - the more delicate mechanism and chemistry of the cell.