The Constitution and Finance of English, Scottish and Irish Joint-Stock Companies to 1720 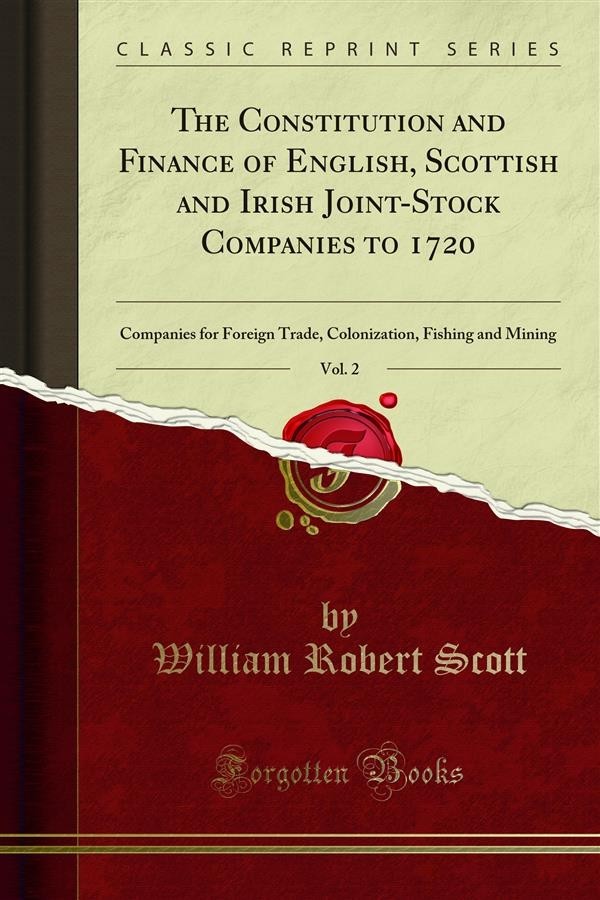 The Constitution and Finance of English, Scottish and Irish Joint-Stock Companies to 1720

Through technical reasons, connected with the printing of this book, the second volume, with which Part II. begins, is the first to be issued. The first volume, containing Part I., will record the general development of the joint-stock system in Great Britain and Ireland up to 1720, at the same time bringing it into relation with the chief social, political, industrial and commercial tendencies which influenced it. In this way, it is to be hoped that an account of many uses of capital after the close of the Middle Ages will be provided; and in addition the process will be shown, not merely from the purely commercial standpoint, but in close connection with the methods of finance and the conditions governing accumulation at this period. But, in order to base enquiries such as these on a firm foundation, it is necessary to ascertain the mode of internal organization and financial administration of the companies. This is a fruitful field of enquiry which has been strangely neglected. Though much has been written on the history of early British companies, the subject has, as a rule, been treated rather from the point of view of ulterior results than in relation to the system itself, which made those results possible. Foreign trade led to foreign possessions and the foundation of colonies, and what might be termed the external aspect of this movement has already been ably described by many competent writers. But, in almost all these works, the mechanism, by which the resources required were provided and controlled, is dealt with only incidentally; and yet a very little consideration will show that a knowledge of this side of the movement is essential to a complete understanding of it. Besides, there were many companies, which for various reasons have as yet been little noticed and whose influence in several ways has been of great importance.<br><br>Therefore to obtain data for the comparative treatment of the system in Part I., it has been necessary to make an attempt to secure exact particulars of the constitution and finance of the joint-stock companies in existence before 1720, and so many points of difficulty must be treated critically that it seemed best in Part II. to record the progress of each company from these points of view. The discovery of a number of minute-books and official documents has made it possible in a considerable number of cases to reach conclusions as precise as those obtainable about a modern company in the Official Intelligence or the Stock Exchange Year-Book.