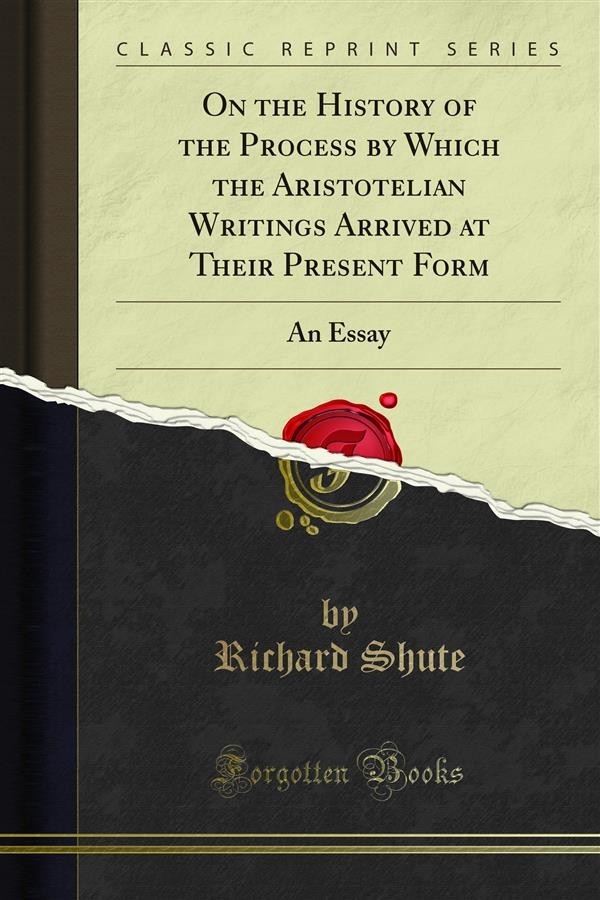 The friends of Mr. Shute, who proposed to the Delegates of the Clarendon Press the publication of the following Essay, written for the Conington Prize Competition in 1882, take this opportunity of explaining briefly the circumstances under which it appears.<br><br>Written in the midst of Tutorial and other College duties, it suffers in form and to some extent in substance from hasty composition. But Mr. Shute's friends cannot forget his enthusiasm for the subject, and the suggestiveness of his conversation while engaged upon it; and they now publish it as it stands, unwilling that all record of that bright activity of thought should be lost, and hoping that what may appear wrong or questionable will be lightly passed over for the sake of the fresh points of view, the sound conclusions and the wise doubts to which the writer's sagacity conducted him.<br><br>The lines pursued by him are common to German writers to whom he has naturally been indebted, but it is believed that to English readers this Essay will be the more welcome, as there is no English work which systematically covers the same ground.