The Autocrat of the Breakfast Table 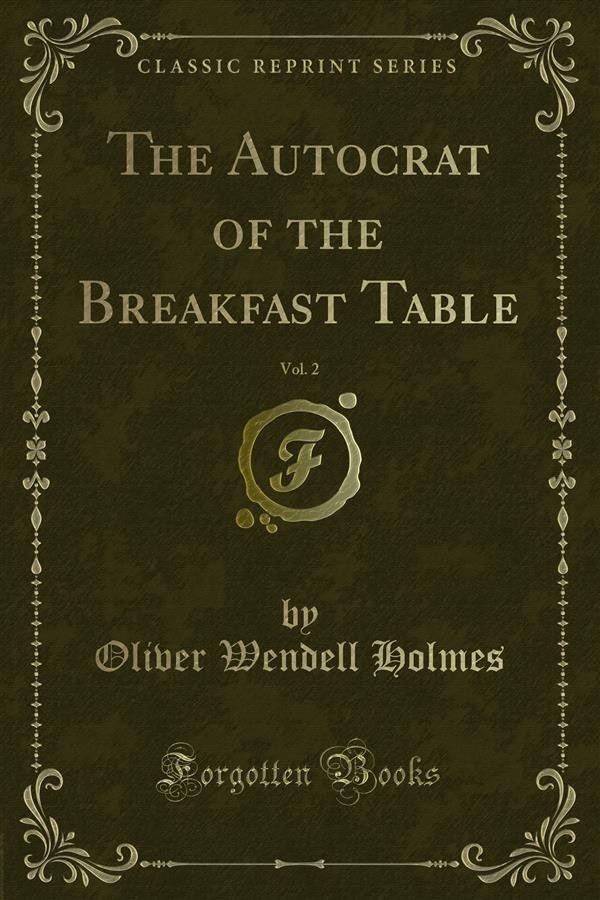 The Autocrat of the Breakfast Table

Stand in the light of the window, Pro fessor, said I. The Professor took up the desired position. You have white hairs, I said. Had 'em any time these twenty years, said the Professor. And the crow's foot, pes anserinus, rather. — The Pro fessor smiled, as I wanted him to, and the folds radiated like the ridges of a half opened fan, from the outer corner of the eyes to the temples. And the calipers, said I. What are the calipers 9 he asked, cu riously. Why, the parenthesis, said I. Parenthesis? Said the Professor; what's that? Why look in the glass when you are disposed to laugh, and see if your mouth is n't framed in a couple of crescent lines, so, my boy It 's all nonsense, said the Professor; just look at my biceps.