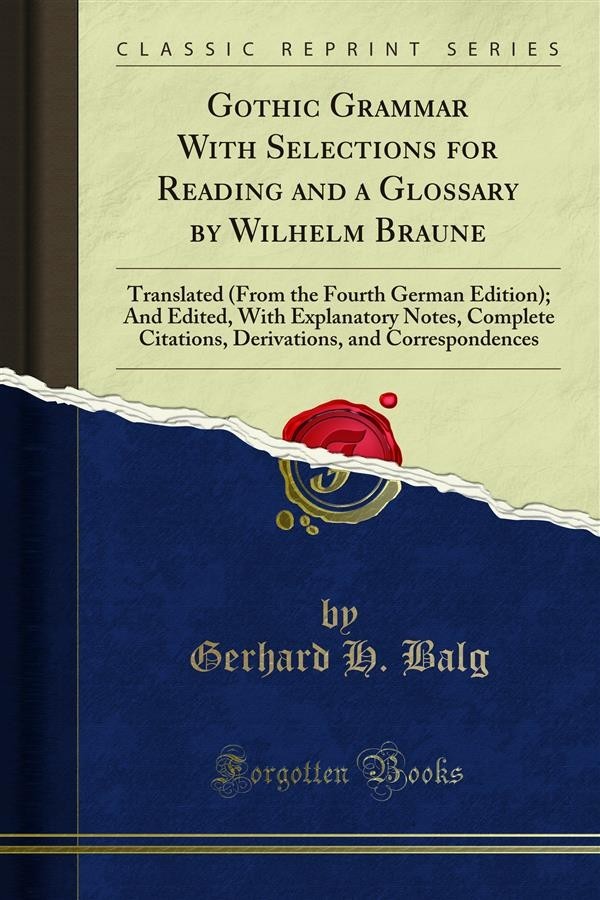 The main object of this Gothic Grammar is to render service to academic instruction, as a basis for lectures and Gothic excercises; it is intended, at the same time, to afford the student sufficient aid in acquiring a practical knowledge of the Gothic language and thus enable him to follow more advantageously the lectures on historical and comparativ grammar. For this purpose the Gothic Fono-logy and Inflection ar, as far as possibl, set forth by themselves, without resorting to Comparativ Grammar for an explanation of the facts. Occasionally another Germanic dialect, as the Old High German, has rather been referd to. The linguistic elucidation is left to the lectures. To him, however, who lerns Gothic from this book, without any possibility of hearing lectures, wishing at the same time to gain profounder knowledge, there may be especially recommanded the following helps: K. Brugmann's 'Grundriss der vergleichenden grammatik' and Fr. Kluge's 'Vorgeschichte der altgermanischen dialckte' (in Paul's 'Grundriss der germ. philologie', I, 300 - 406).<br><br>The references to literary works containd in the Grammar itself ar not intended to act as linguistic explanations, but refer to works and treatises which present much of profit concerning the establishment and conception of facts from a purely Gothic point of view; several references to Brugmann's 'Grundriss' ar perhaps the only exceptions.<br><br>The Reading Exercises ar intended to offer sufficient material for Gothic exercises; they giv students working independently of a teacher an opportunity to apply what they hav lernd from the Grammar.