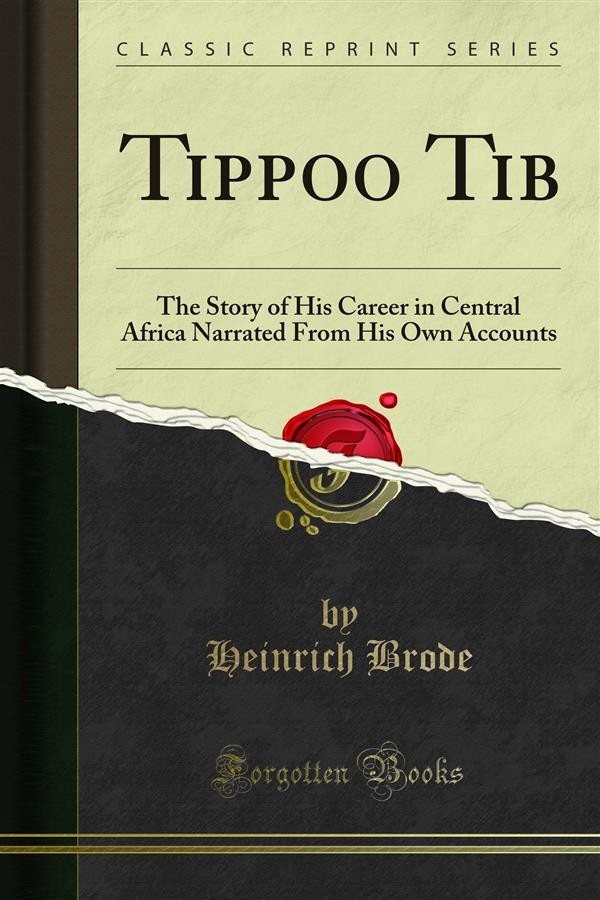 It must be admitted that Tippoo Tib was a slave trader. These pages, based upon his own statements, give some inkling of the unscrupulous cruelty with which he dealt with natives, and clearly much remains untold. In excuse, one can only say that the cruelty of the slave-traders was not greater than the cruelty of the natives to one another. One eminent Arab, when criticized by Europeans for his slave-trading propensities, used to relate how he had fallen in with a tribe who were accustomed to eat their prisoners of war. He bought all these prisoners for a small sum, and made them his slaves, which he maintained, with a logic difficult to con trovert, was far better for them than the other fate. Still, no doubt Tippoo Tib's commercial journeys were in the main plundering expeditions. Anything else, any introduction of law and order, any spread of civilization, was merely subsidiary and incidental. But he was intelligent, not wantonly brutal, as many traders were; he had a far better idea of organizing a rough-and — ready administration than most Arabs, and he was always friendly to Euro peans. By the assistance which he rendered to them he indirectly contributed in no small measure to the civilization of Africa, for which the Arabs themselves have done so little. He was practically King of an enormous territory, but his power was never officially recognized even by his own Sovereign. Had it been, the future of East and Central Africa might have been materially changed, for the chief argument advanced by the European Powers who appropriated the hinterland behind the coast was that the Sultan had no effective jurisdiction over the natives there. But, as Dr. Brode points out, Seyyid Burghash, the Sultan of the period, had no talent or inclination for politics, and cared only for trade in its crudest aspects. He wished to get as much ivory as possible from the interior, but he did not care anything about the position and character of the countries which produced it. Yet perhaps pessimism rather than stupidity was the motive of his conduct. 'hamed,' be said to Tippoo Tib, be not angry with me; I want to have no more to do with the main land. The Europeans want to take Zanzibar here from me; how should I be able to keep the main land 7' And Tippoo Tib adds° When I heard those words I knew that it was all up with us.' It certainly was. The Sultan's dominions on the main land soon became little more than a legal fiction, and he retains Zanzibar only on condition of also accepting the doubtful blessing of British protection.