A Popular History of the Insurrection of 1798 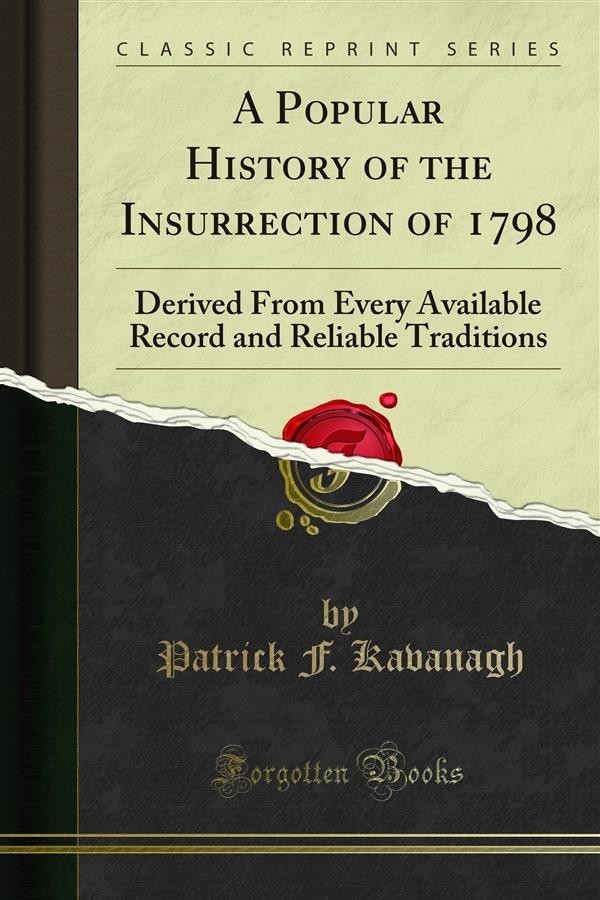 A Popular History of the Insurrection of 1798

The story of the brief, but fierce and gallant struggle made by the Patriots of '98 cannot but prove deeply interesting to their descendants. The heroic men who took part therein have, indeed, passed away to that happier country where the tears of the oppressed are dried - where might is no longer the enemy of right, where no tyrant threatens, and no slave weeps in fetters; but their memory still remains, a bright light to guide us through darkness to the holy Temple of Freedom. Nor is that memory less dear to us, because the Flag they raised so boldly, and bore aloft so bravely, fell in the disastrous battle, and was trodden under the iron heel of the representative of brute force and unrighteous aggression. No; the Irish heart is of too generous a nature to bow down before the idol of power because success has crowned it, or to forsake a just cause because it has not proved triumphant. The Irish people know that the charter of their country's liberty has been written by the hand of God and that of man can never efface the sublime record.