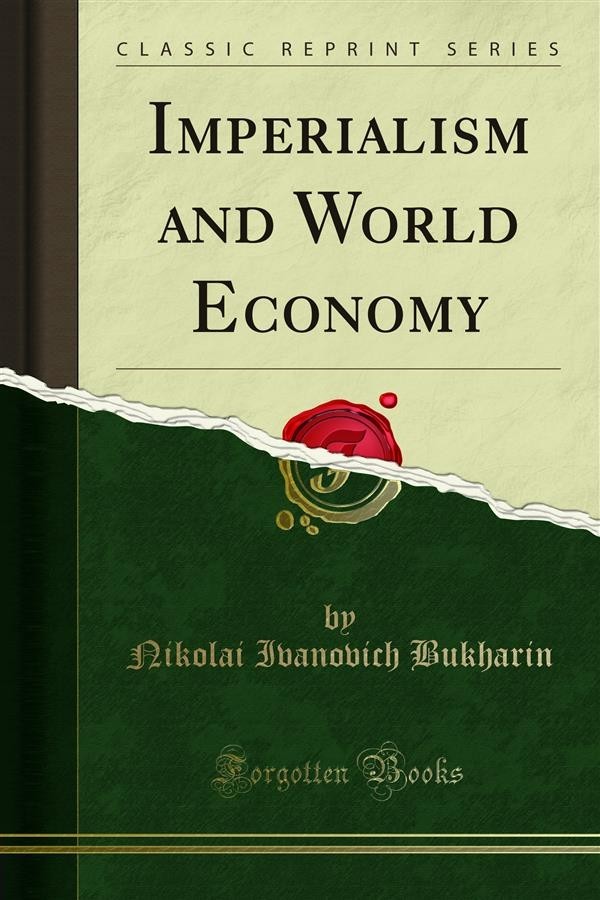 The importance and timeliness of the topic treated in the work of N. I. Bukharin require no particular elucidation. The problem of imperialism is not only a most essential one, but, we may say, it is the most essential problem in that realm of economic science which examines the changing forms of capitalism in recent times. Every one interested not only in economics but in any sphere of present-day social life must acquaint himself with the facts relating to this problem, as presented by the author in such detail on the basis of the latest available data. Needless to say that there can be no concrete historical analysis of the present war, if that analysis does not have for its basis a full understanding of the nature of imperialism, both from its economic and political aspects. Without this, it is impossible to approach an understanding of the economic and diplomatic situation of the last decades, and without such an understanding, it is ridiculous even to speak of forming a correct view on the war. From the point of view of Marxism, which most clearly expresses the requirements of modern science in general, one can only smile at the "scientific" value of a method which consists in culling from diplomatic "documents" or from daily political events only such isolated facts as would be pleasant and convenient for the ruling classes of one country, and parading this as a historic analysis of the war. Such is the case, for instance, with Plekhanov, who parted ways with Marxism altogether when, instead of analysing the fundamental characteristics and tendencies of imperialism as a system of the economic relations of modern highly developed, mature, and over-ripe capitalism, he started angling after bits of facts to please the Purishkeviches and the Milyukovs.