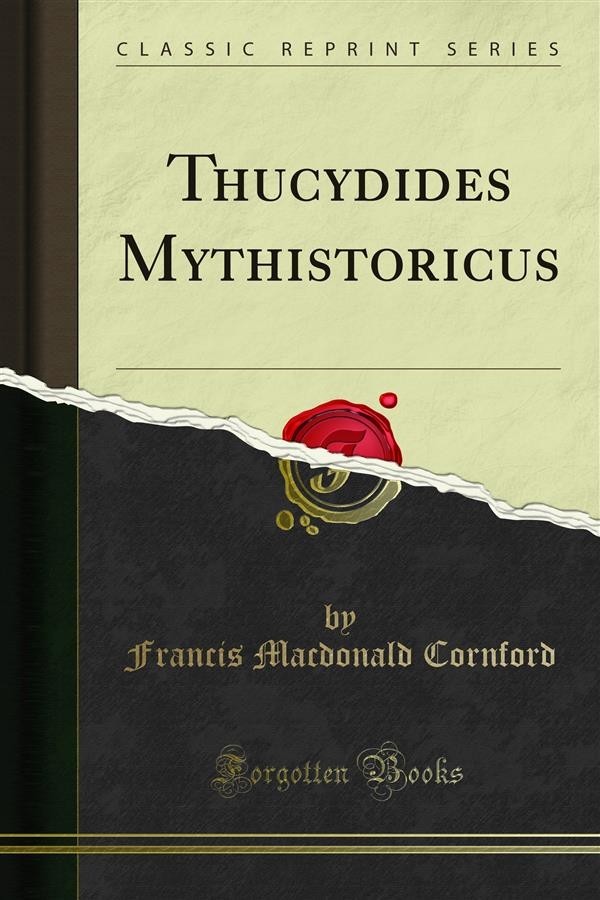 The title of this book needs a word of explanation, if not of apology; for to any one who is accustomed to think of Thucydides as typically prosaic, and nothing if not purely historical, the epithet Mythistoricus may seem to carry a note of challenge, or even of paradox. But the sense in which the expression has here been used is quite consistent with the historian's much-talked-of 'trustworthiness', and, indeed, with the literal truth of every statement of fact in the whole of his work. It is possible, however, even for a writer of history, to be something much better than trustworthy. Xenophon, I suppose, is honest; but his honesty makes it none the easier to read him. To read Thucydides is, although certainly not easy, at any rate pleasant, because — trustworthiness and all — he is a great artist. It is the object of this essay to bring out an essentially artistic aspect of his work, which has escaped notice, partly because the history is so long that it is hard to take it in as a whole, and partly because the execution of the effect is imperfect, having been hindered by the good intentions with which Thucydides set out.<br><br>The history, as it stands, is the product of two hardly compatible designs. It was originally planned as a textbook of strategy and politics in the form of a journal; and it is commonly taken to be actually nothing more.