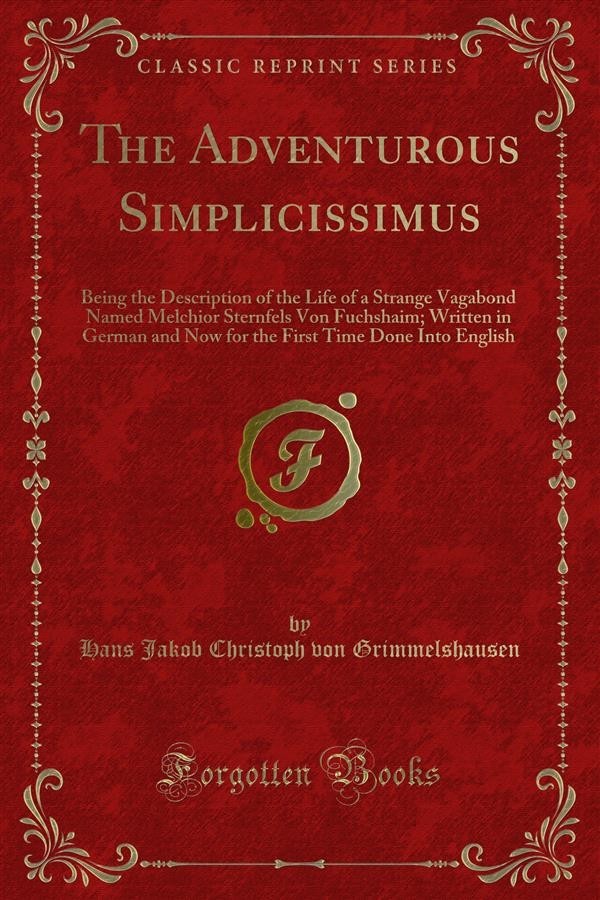 Cannibalism, and the decadence of literature to a mere means of frivolous amusement, present a picture of utter national degradation, which lasted far beyond the conclusion of peace. The ruin to which the country was brought may be judged by the fact that the population of the Empire sank during the period of the war from 16 million to 6 million, a diminution of about two-thirds. The startling transition to the Golden Age of German literature in the latter half of the eighteenth century, to the highest pinnacle it has ever reached before or since, is therefore perhaps the most amazing phenomenon in the whole of world literature. It is evident that some of the roots of the tree which put forth such magnificent blossoms must stretch back into the previous century, and though the trunk was dormant for so long, the roots con tinued to draw a nourishment, which was meagre, but sufficient to preserve the life-force in the midst of the foreign, parasitical growth by which it was threatened. Grimmels hausen, who did more than any other writer of the age to keep alive the national spirit in literature by fusing the popular and the learned elements, stands almost isolated, and his peculiar importance will best be understood by examining the state of the German novel before the publica tion of Simplicissimus. The first novels in German literature were the long epic poems of the medieval Court poets, but the invention of printing gave an enormous impetus to the composition of stories in prose. The prose novel was at its origin dependent for its subject-matter on French sources, just as the medieval poets had borrowed their plots from the troubadours, and until the first half of the seventeenth century, the German novel-reading public was fed almost exclusively on translations and adaptations of foreign works. About the middle of the sixteenth century, the novelist Jorg Wickram, who was also a Meistersinger, wrote original novels, in which, to be sure, he exhibited no remarkable talent, but since he was not dependent on foreign sources for his subject-matter, he is looked upon as the father of the German novel. Llis attempts to found a novel of common life were unsuccessful, and were soon forgotten, for in the second half of the century there came from France the famous cycle of nowls, or romances of chivalry, known as Amadis of Gaul.