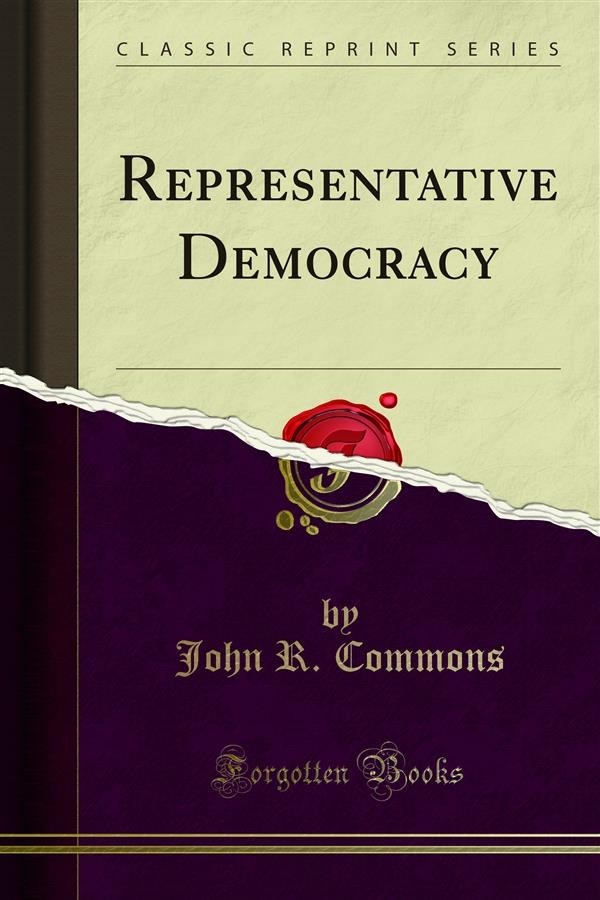 The following chapters treat of representative government from various standpoints. They were written and published at different times for different purposes, but they all tend in the same direction. This accounts for a certain amount of repetition.<br><br>The first chapter is addressed directly to the reform parties of the United States and has an immediate practical object. The second chapter discusses the essential nature of Representative Government, as shown by its history and its present collapse. The third chapter shows the strength and limits of Direct Legislation. The fourth chapter brings together the two leading arguments for Proportional Representation. The fifth chapter describes in detail the latest and most highly perfected form of Proportional Representation yet enacted into law. The sixth chapter, being intended for European publicists, contains a description of American political bossism and the four leading reforms which are directed against it. The seventh chapter applies Representative Democracy to labor unions, corporations, and other private associations.<br><br>My acknowledgments are given to the editors of the Independent, the Social Reform Union, the Arena, and the Review of Reviews for permission to reprint.<br><br>Correspondence, criticisms and questions are asked from those who are interested.