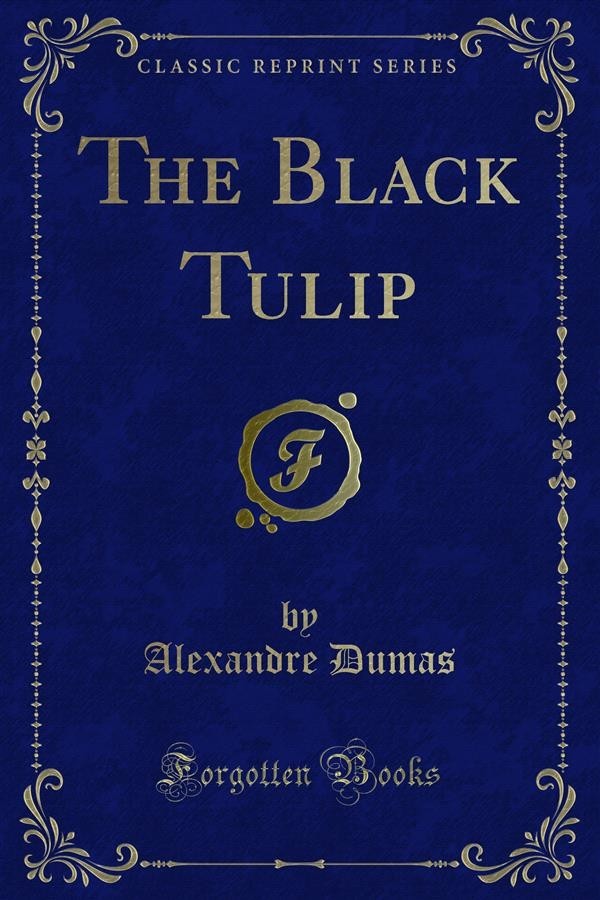 Alexandre Dumas, or to give him his full name, Alexandre Dumas Davy de la Pailleterie, was born at Villers-Cotterêts, dep. Aisne, July 1803. His youth was somewhat idle and irregular. In 1823 he went to Paris, where he was employed for some time as a clerk in the bureau of the Due d'Orleans. Literature, however, lured from the drudgery of a clerical calling, and fame came to him in 1829, when he published "Henri Trois et sa Cour." He was a most prodigious worker, and his output during the ten years between 1844 and 1854 is without parallel in literature except, perhaps, the wonderful first decade of the author of "Waverley." "La Tulipe Noire," which is translated in the following pages, was published in 1850. In spite of the vast wealth which his literary labours brought him, Dumas's career ended in poverty. He left Paris for the last time with only two napoleons in his possession. Retiring to his son's villa at Dieppe, he died there on 5th December 1870.