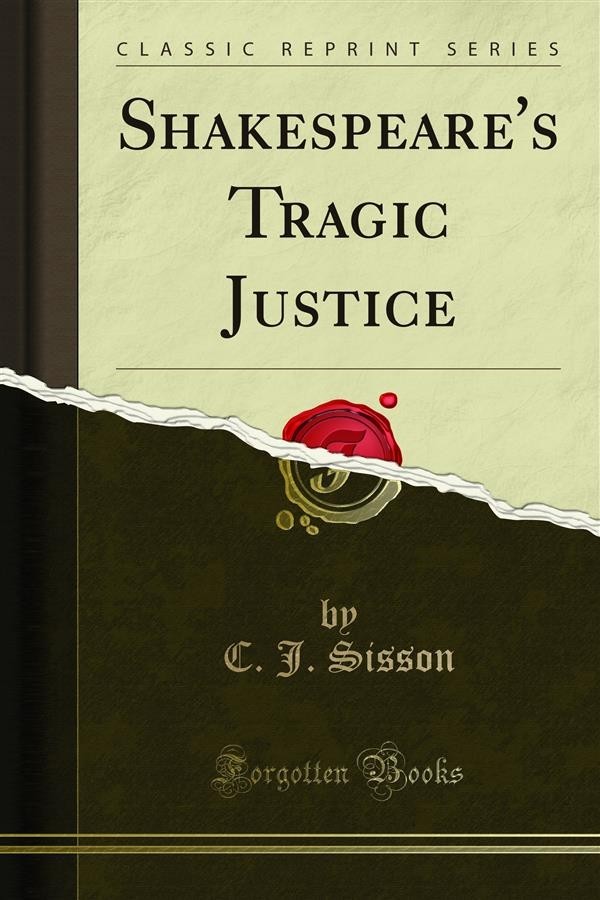 Justice is an intensely alive problem in the world of today, affecting alike the individual in the conduct of his own life, the State in its organisation of society and its administration of the law, and the inter-relations of States and communities. It was a matter of no less deep concern to Elizabethan England.<br><br>Attempts have been made of late to increase Shakespeare's stature, or perhaps to make him more palatable to contemporary taste, by reading into his plays significances of moment mainly or exclusively for our own day, even in the form of concepts that were literally unthinkable to Shakespeare and his day, such as the notorious Oedipus Complex as the basic theme of Hamlet. It is not thus that Shakespeare is vindicated as 'for all time'. In his plays he reflects his own thought, and the life and thought of his own time, and in so doing presents dramatic pictures of problems of life that are significant to all ages of mankind. By virtue of his deep humanity and creative imaginativeness Shakespeare is both 'of an age' and 'for all time'.<br><br>The problem of justice, human and divine, seems to have haunted Shakespeare, as it haunted Renaissance Christendom, and as it emerges most plainly in his greatest tragedies. Of these four studies of justice in action, that of King Lear may well appear, if understood aright, to have gone far beyond the most advanced present-day thought on this most poignant problem of life and society. Here indeed it is not for us to seek to bring Shakespeare level with us today, but to raise ourselves to his level.