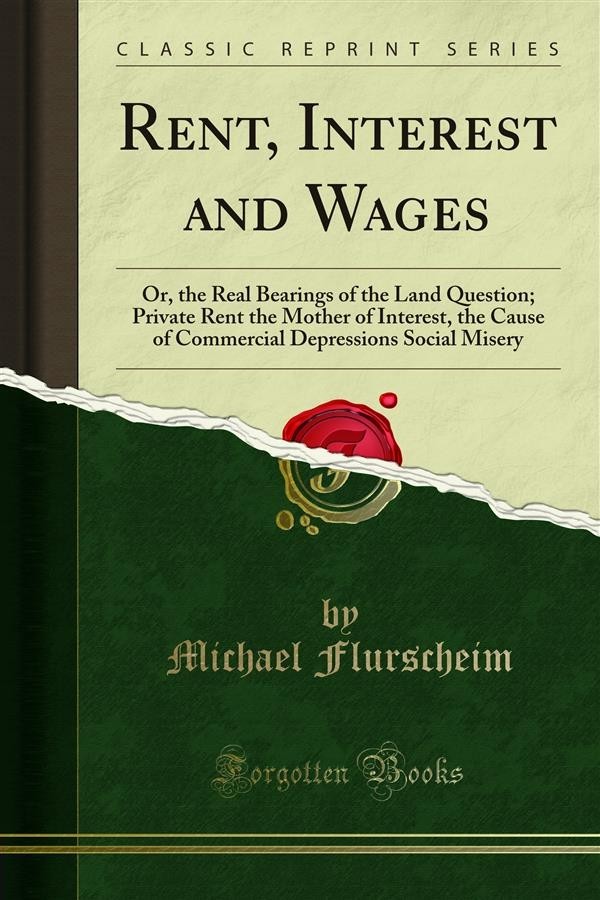 They say that in 1848 some communists came to the Francfort Rothschild, and wanted him to divide his fortune with them. "All right;" said the great financier, "How high do you estimate my fortune?" "Forty million florins," was the answer. "Good, that is just the number of inhabitants of Germany, and will give a florin to each. Here is your florin; send along the others!"<br><br>How often do we hear this anecdote in Germany to show how small the share of the poor would be, even if all the wealth of the rich were evenly divided among them! So Neumann Spallart, one of the first German statisticians, calculates that, if the wealth of the higher incomes of Saxony was distributed among the total of inhabitants, there would be not more than 54 mark increase of income for each taxpayer. Such calculations mixed with a few extracts from the drugshops of Malthus and Darwin make a soothing syrup with which the rich admirably succeed in calming those unpleasant twinges with which the misery around them occasionally torments even the most hardened of their class.<br><br>Eight years ago I, too, was a member of the happy family, who thus succeeded in making life pleasant. If conscience would rebel after all, there was no difficulty in deriving excellent consolation from a whole crowd of white-washing economists of the Atkinson, Leroy-Beaulieu, Giffen, etc. type, who proved, in the most wonderful way, how everything was going on so remarkably well in this best of all possible worlds, and how the progress of science was hastening on the millenium with rapid strides.