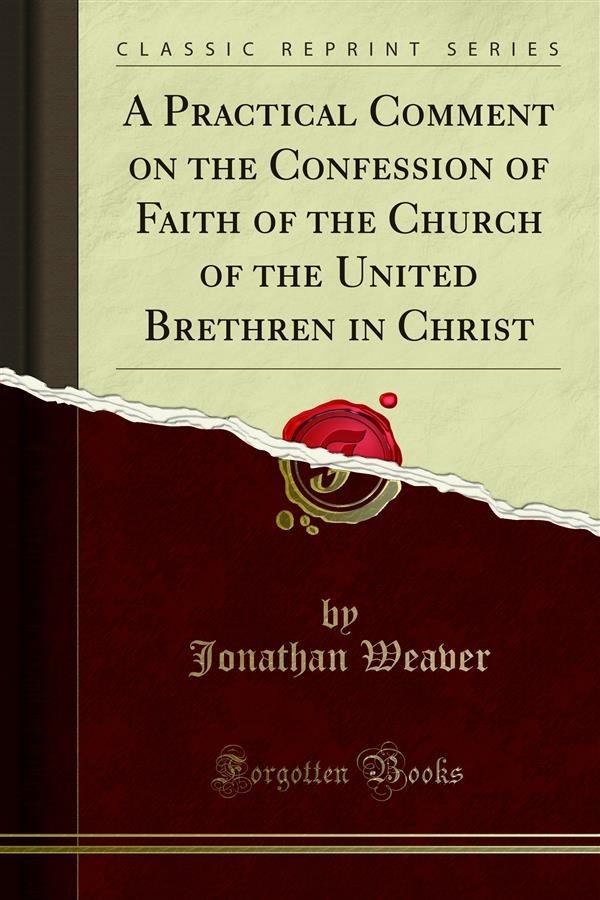 The United Brethren in Christ have always been Arminian in their faith, as contradistinguished from Calvinistic. The Confession of Faith had been arranged, rather than compiled, by Otterbein and those who followed him, a century ago. In form and style it resembled the Apostles' Creed; and this creed was no doubt drawn on largely for the matter composing the creed of this Church. However, the Church did not confine itself very closely to this written creed.<br><br>At an early day the General Conference inserted in the Book of Discipline, not an article of faith, but a command, based on the Word of God and on the known faith of the Church, requiring the people to keep the Sabbath day holy, and explaining how this should be done. So, in the early years of the Church, the General Conference inserted, in the form of questions to be asked candidates for the ministry, both as licentiates and as elders, all the doctrines peculiar to Protestant evangelical churches; such as, depravity, regeneration, adoption, justification, sanctification, the inspiration of the Holy Scriptures, the divine call to the ministry, future eternal rewards and punishments, etc. These were asked of every candidate. If he avowed his disapproval of any of these doctrines, he was rejected by the Conference as not being a suitable man to preach in this Church. If received, he was given a course of study, extending over a period of three years.