Hebrew Tribal Economy and the Jubilee 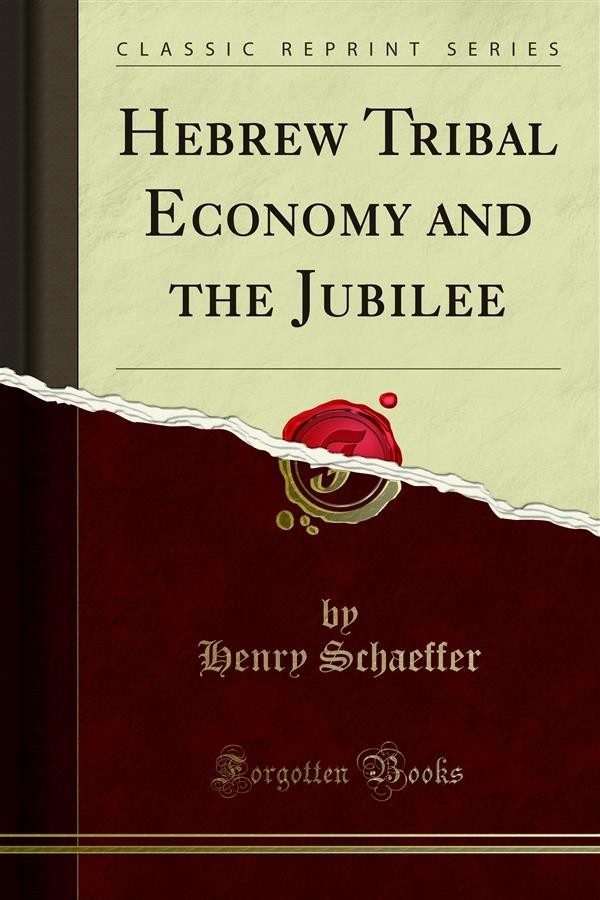 Hebrew Tribal Economy and the Jubilee

The work under the above title is a supplementary volume to the eleventh chapter of the present writer's Social Legislation of the Primitive Semites with special reference to Hebrew Land Tenure and the Poor Laws, published in 1915 by Yale University Press. The opinion there expressed regarding the origin of the institution of the jubilee has now been reenforced, after years of painstaking study, with an array of facts tending to show that the economic features of this institution are part and parcel of Israel's tribal inheritance. In the period of tribalism the tribe and its subdivisions have a solidarity in religion, in politics, in moral and social economy. There is abundant evidence, in the early literature of Israel, of the dominance of the feeling of religious, political, moral, and economic solidarity. Anciently, the feeling of solidarity, originating in the family group, was gradually extended to the clan, to the tribe, and finally, as among the Hebrews, to the nation. Under tribal rule, society in general is dominated by a communal conception of religion and of social ethics. Tribal modes of thought concern themselves with the family group, the clanship, and the tribal group rather than with the individual as such. The rights of the individual are merged for the most part in the interests of his respective group. How can it be otherwise in a state of society where the individual can hardly exist without the help and protection of his group? If attacked by an outsider, his group will protect him, and, if necessary, exact a manifold vengeance for the shedding of his blood, the group being responsible for every one of its members.