Handbook for the Diplomatic History 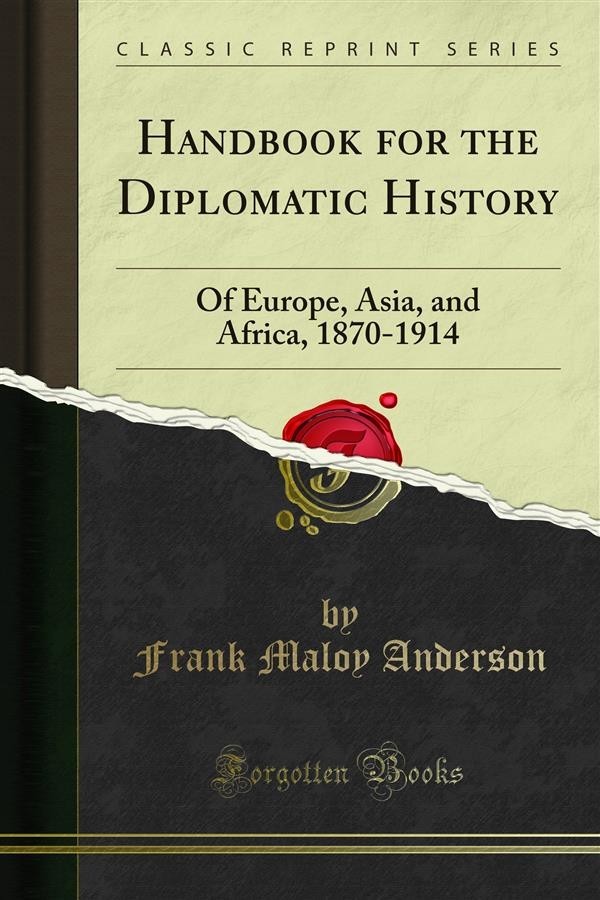 Handbook for the Diplomatic History

Responding to a request for urgent public service, the National Board for Historical Service undertook in February, 1918, to provide for the preparation of this survey of recent diplomatic history, with the understanding that the work should be so planned as to be ready for use within a very limited time. The immediate execution of this task was intrusted by the board to Profs. F.M. Anderson, of Dartmouth College, and A.S. Hershey, of Indiana University. They were fortunate in securing the cooperation of several other competent scholars, but within the limit of time originally agreed upon adequate treatment of the material was obviously impossible. During the present summer the material has been revised by Prof. F.M. Anderson, though still under such limitations as to time and available material as to preclude exhaustive research in many cases. It is believed, nevertheless, that this manual will prove of substantial service to workers in this field. Hearty thanks are due to both authors, and especially to Prof. Anderson, for the generous public spirit with which they have given many hours of gratuitous service, as well as for the energy and intelligence which they have applied to their difficult task.