A Journal of Travels Into the Arkansa Territory, During the Year 1819 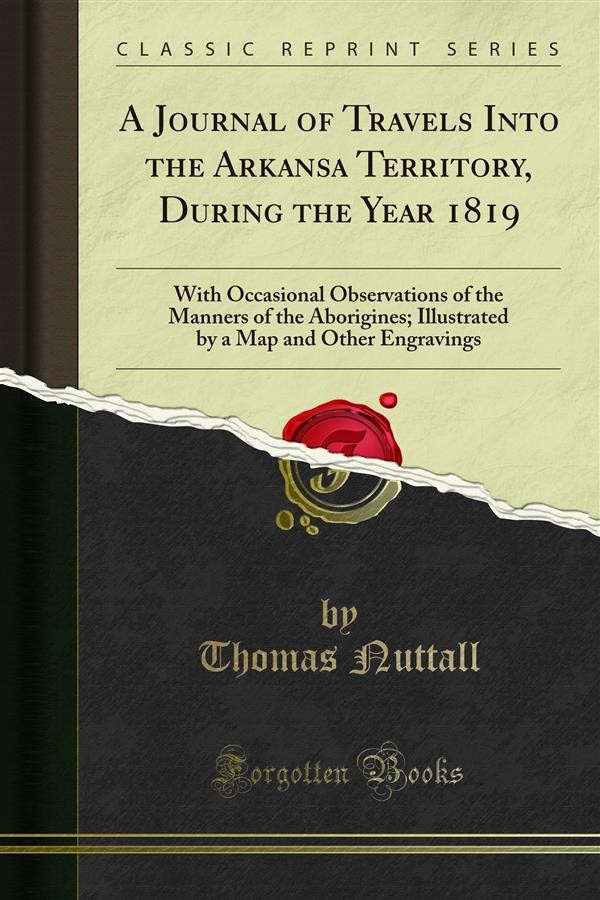 A Journal of Travels Into the Arkansa Territory, During the Year 1819

To those who vaguely peruse the narratives of travellers for pastime or transitory amusement, the present volume is by no means addressed. It is no part of the author's ambition to study the gratification of so fastidious a taste as that, which but too generally governs the readers of the present day; a taste, which has no criterion but passing fashion, which spurns at every thing that possesses not the charm of novelty, and the luxury of embellishment. We live no longer in an age that tolerates the plain "unvarnished tale." Our language must now be crowded with the spoils of those which are foreign to its native idiom; it must be perplexed by variety, and rendered ambiguous and redundant by capricious ornament. Hermes, no longer the plain messenger of the gods, exercises all his deceit, and mingles luxury in the purest of intellectual streams.<br><br>Had I solely consulted my own gratification, the present volume would probably never have been offered to the public.