Fifty Years in the Church of Rome 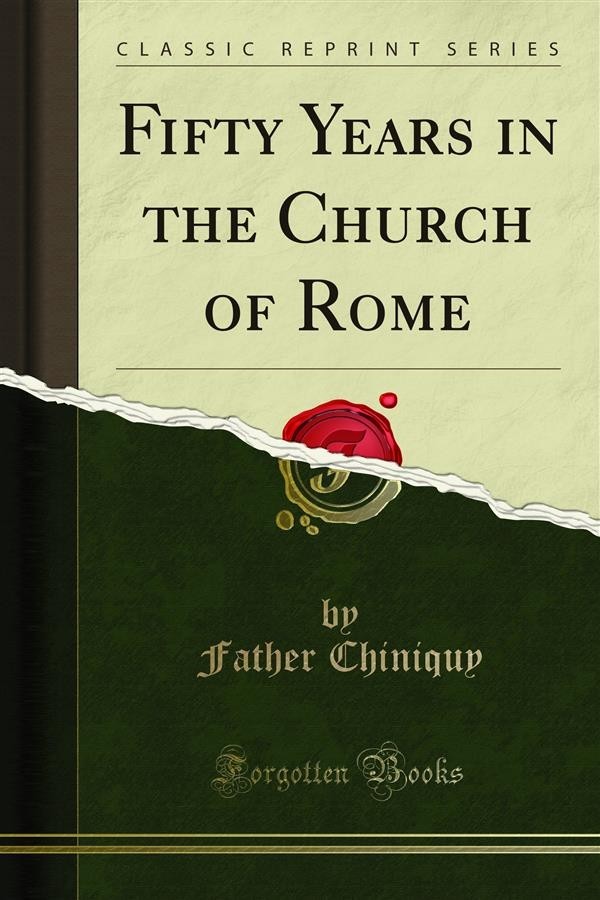 Fifty Years in the Church of Rome

<i>Fifty Years in the Church of Rome</i> is a book written by Father Charles Chiniquy. Chiniquy was a catholic priest born in Quebec, Canada and this book, his autobiography, is one of the best selling books in Canadian history.<br><br>Chiniquy's book tells the story of the author's involvement in the Catholic Church, beginning with scenes of a little boy memorizing passages from the Bible. Chiniquy so loved the words of Jesus that he dedicated his life to the scriptures and became a Catholic priest. While serving as a priest, Chiniquy grew increasingly disillusioned with the institution of Catholicism and disgusted with many of the other men that served as priests. Chiniquy tells tales of the alcoholism, womanizing, and abuse that was common amongst other priests. The book discusses Chiniquy's split with Catholicism, excommunication from the church, and eventual rebirth as a Presbyterian pastor. The book also details Chiniquy's relationship with a young lawyer named Abraham Lincoln, and the author's hypothesis that the Jesuits were responsible for his assassination.<br><br><i>Fifty Years in the Church of Rome</i> is a fascinating account of life in the Catholic church. A controversial book since the day it was published, Chiniquy's work is not an unfair or biased account of Catholicism. It is clear that the author still holds Catholicism in high regard, however was simply unable to overlook the misdoings of other religious men within the Church. This book holds historical significance, as it brought to light many controversies that still dog the Catholic Church many years later.<br><br>Readers interested in Catholicism and the religious path of a former priest will find this to be a highly engrossing book. Touching and ripe with emotion, Chiniquy's work was a sensation upon its original publication and remains a highly important work to this day. <i>Fifty Years in the Church of Rome</i> is highly recommended.